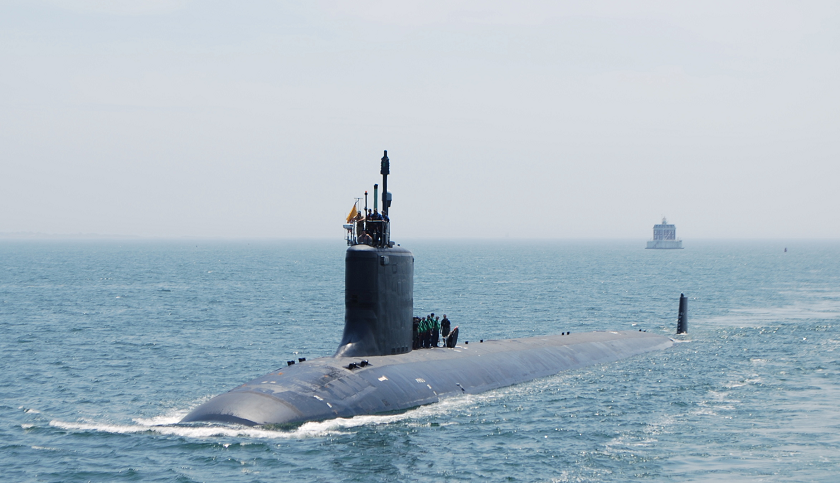 The Conventional Prompt Strike weapons are expected to be fired from Virginia class submarines, granting the US Navy a Mach 5+ weapon capable of targeting fleeting enemies, while outrunning most conventional air defense systems.

The US Navy tested the hypersonic weapon back in October 2017. Since then, the service has decided to fit the weapon onboard the new Virginia Payload Modules (VPM) that have been first introduced to Virginia class submarines in 2019. Each VPM is 84 feet long and has been designed to carry up to 28 Tomahawk cruise missiles, as well as other payloads, including the Global Strike hypersonic weapon system.

News.usni.org reports that the Global Strike weapon consists of a Common Hypersonic Glide Body (C-HGB) and a 34.5 inch two-stage booster, thus confirming that the Global Strike is a boost glide hypersonic weapon. Boost glide weapons work similarly to ballistic missiles, as they take off into the atmosphere and hit their target from there. However in contrast to ICBMs, boost glide missiles glide towards their targets as they self-propel themselves at hypersonic speeds.

Hypersonic weapons, such as the Global Strike, can change warfare around the world, making it possible for a submarine to attack a target on the other side of the planet in less than an hour.

It is unclear how fast the weapon can actually travel, however Popularmechanics.com reports that the Navy has claimed that the weapon is capable of hitting any target on Earth in less than an hour, likely traveling at speeds between 7,600 to 15,200 miles an hour.

The United States Navy has made plans to build 10 new Virginia class submarines with the VPM, so at least 10 platforms will be capable of carrying the Global Strike Hypersonic missile. The Navy has also made plans to potentially install the weapon onboard Zumwalt class destroyers as well.

US Navy Plans To Arm Submarines With Laser Weapons