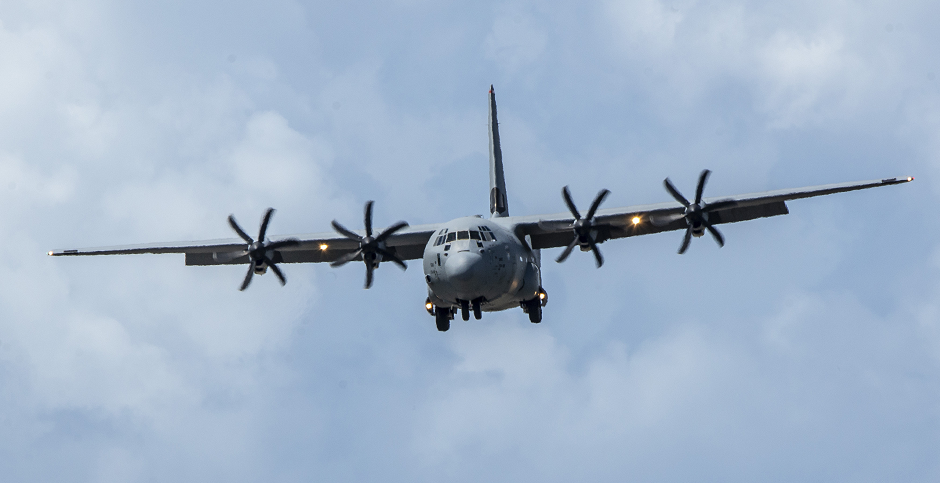 The AN/AAQ-28(V) Litening pod, developed by Rafael, comes equipped with a forward looking infrared camera that is mounted underneath the C-130J’s wing. The camera is capable of recording video in both day and night conditions.

“Royal Australian Air Force Hercules crews have relied on radio, instruments and their own senses to understand the environment,” said RAAF Air Commodore, Carl Newman. “This trial will examine how the Litening pod can improve crew situational awareness to mitigate mission risks. For example, the Litening pod could help us maintain contact with survivors during search and rescue operations, or examine conditions at an airfield or drop zone prior to delivering cargo or personnel.”

The Litening pod will be paired with a satellite communications antenna in order to be able to share high-def video with ground based forces or with commanders. This will improve the RAAF’s ability to handle disaster relief and humanitarian assistance missions.

The Litening pod was originally acquired by the RAAF as a targetting sensor for the F/A-18A/B Hornet. However, Airforce-technology.com reports that the targetting function will be disabled when fitted to the Hercules aircraft.

During the trials, the RAAF will evaluate how the pod will affect the Hercule’s ability to perform in various conditions.

Similarly, last year the RAAF has incorporated a similar system to allow its F-35 pilots to engage in multi-ship training missions.