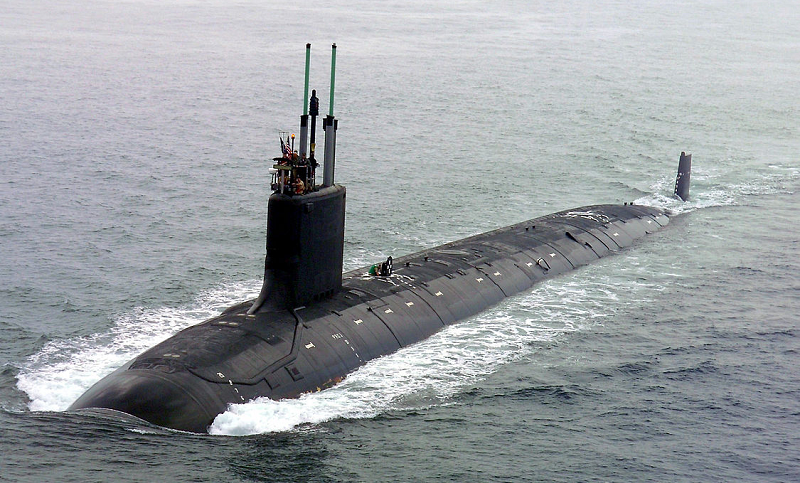 The United States Navy has made plans to arm Virginia class nuclear submarines with high-energy laser weapons. The plans come off as strange since laser weapons don’t work underwater and submarines almost never pop up above the surface during missions.

However, despite these contradictions, Popularmechanics.com reports that a laser-shooting submarine may actually make sense.

Lasers work similarly to sunlight when underwater, both are scattered and absorbed very quickly in water. This is why laser-based underwater communications are only effective for a few hundred meters.

Since we know that lasers are ineffective underwater, then we can assume that the most likely place for a laser system to be installed on a submarine is on its photonics mast, since the mast is often times the only part of a submarine to rise above the water. However, considering the amount of technology and sensors that are installed on the mast, finding a place to install a high-energy laser weapon system may be a challenge.

Although it may be difficult to install the laser, at least the Virginia class submarine is a nuclear-powered vessel, so a high-energy laser system would be able to power itself from the submarine’s nuclear power plant.

Virginia class submarines are often used for defending fleets and hitting land targets with onboard torpedoes and cruise missiles. These submarines are also used for intelligence gathering and for ferrying covert special forces.

Considering the submarine’s main roles, it seems possible to see how a laser weapon system may benefit the vessel.

United States Navy representatives were not able to share any information regarding the submarine’s laser system due to classification concerns, however some assumptions can still be made.

One assumption is to use the laser weapon system to combat anti-submarine aircraft, shooting them with high-energy beams traveling at the speed of light.

Lasers could also be used to combat swarms of drones and high-speed enemy missiles, however for this to work the submarine will have to resurface.

Finally, another possible application for the submarine laser could be to grant the submarine the capability to resurface out of nowhere and quickly attack coastal targets such as sensors, radars, communications, or missile batteries.

Regardless of the laser system’s applications, it will be at least three more years before Virginia class submarines will be deployed with their own laser weapon system.