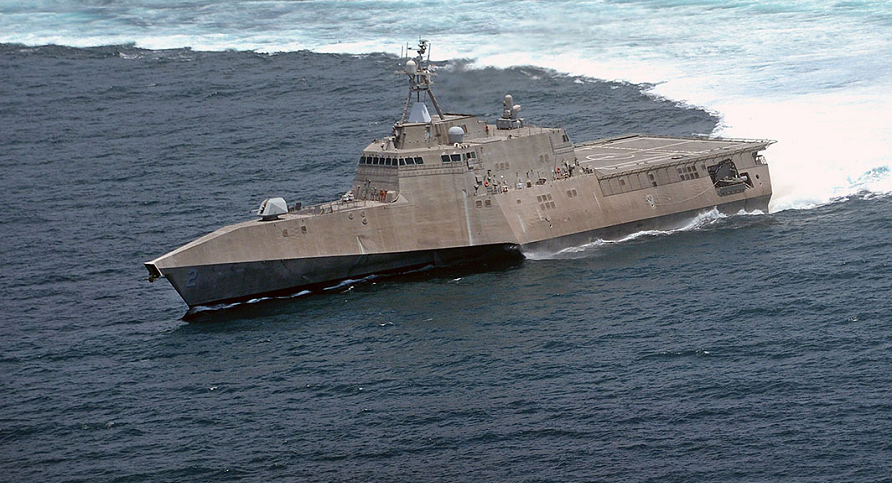 US naval ordnance experts are at work testing a new counter-UAV system for military combat vessels. The anti-UAV system utilizes heavy weapons and precise ammunition to hit enemy drones “like a shotgun blast”.

Rogue and enemy drones are a growing concern for the United States Military. Last September, swarms of drones attacked Saudi oil facilities and just two months before that, the United States Navy shot down an Iranian UAV, thus further increasing concerns regarding drones.

Northrop Grumman is working on the Precision Air Burst Munition for the twin 30 millimeter guns on one of the service’s ships. The system works by firing a round towards the rogue drone, the system programming instructs the round to fly out a certain distance before blowing up like a shotgun blast. The system utilizes a laser range fire to determine the distance of the target from the weapon. The fired proximity round itself is capable of detecting the target.

The precision ammunition detonates only when in proximity to the target, since firing and directly hitting a small quadcopter is a difficult task, requiring extreme precision and possibly several shots.

“There’s a lot of interest in the Navy now for a counter drone system. How do you shoot down these quadcopters? Trying to hit them with a round is not that easy,” said Kevin Knowles, a representative of Northrop Grumman Mission Systems.

Seapowermagazine.org reports that the Naval Surface Warfare Center Dahlgren Division (NSWCDD) is planning to run tests on the anti-UAV proximity rounds in the upcoming spring. If testing goes well and according to plan, the Navy will start putting the proximity rounds in magazines to be fired from ship mounted cannons. “That will give the Littoral Combat Ship (LCS) a counter UAS capability,” Knowles added.