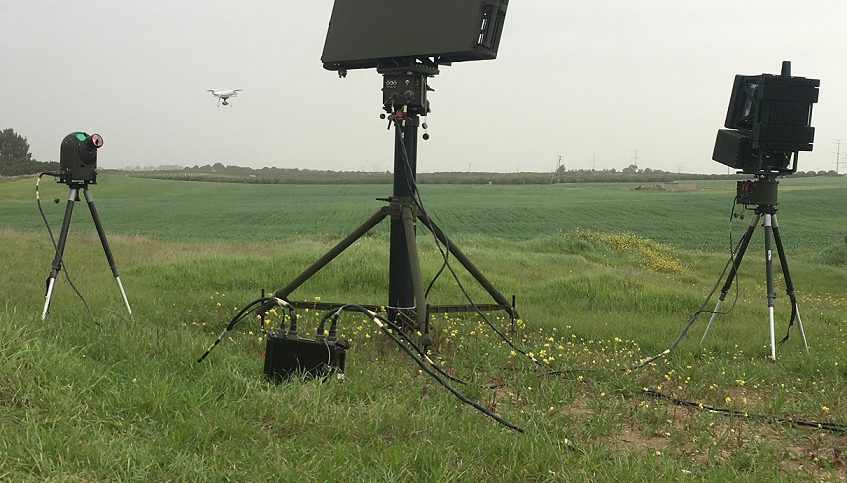 The demand for drone management solutions has grown rapidly, especially following the incident where Gatwick Airport was forced to shut-down due to drones flying around the runway areas, affecting over 1,000 flights.

One counter-drone solution is Drone Guard. ELTA Systems, a subsidiary of Israel Aerospace Industries (IAI\ELTA), has successfully tested the system, a drone detection, tracking, identification and disruption system, at several large international airports in Europe, Latin America and Southeast Asia. Airport operators globally are actively seeking countermeasures to assist in handling the threat of drones around airport terminals and especially on the runways.

The Drone Guard demonstration was performed during the airports’ daily routine operating hours to observe how the system would detect the drones and neutralize them without hindering any flights or alarming passengers in the terminal area.

The system features an integrated multi-layered sensor system that includes: 3D X-band radar that detects and tracks all types of drones; dedicated COMINT system that classifies the drone by its transmission (using the information to verify the target and reduce false detection rates); an EO/IR camera used to classify the detected object; and a Jammer that neutralizes and intercepts the object.  All the sensors are managed by a unified command and control unit.

The key advantage of the layered configuration is that it provides added protection should one layer fail. The system is specifically configured to operate in the airport environment and has been demonstrated to the satisfaction of the airport operators, proving its effectiveness as well the ability to operate and not interfere or interrupt the airport’s normal operation.

According to the company’s announcement, the Drone Guard provides a significant advantage for users that wish to operate drone counter-measures at airports and populated areas due to its ability to operate in tandem with radio transmitting systems such as radars, communication systems, and others within an airport’s complex electromagnetic spectrum.

The Drone Guard radar operates in X-Band which does not interfere with airport radars that typically operate in S-Band. In addition, Drone Guard’s advanced mitigation measures can neutralize a threat with minimal interference to the airport’s surroundings.

Yoav Tourgeman, IAI VP and CEO of ELTA, said, “Drone Guard system is operational worldwide and was used to protect major events such as the G20 in Argentina last year. We are proud to provide the Drone Guard system to some of the main airports around the world. Since the Drone Guard is lightweight, transportable and easy to set up, we have been able to meet these demands with an excellent level of performance. In September, we participated in the REP(MUS) 19 NATO exercise in Portugal where we successfully demonstrated the Drone Guard’s ability to protect harbors against hostile drones, UASs, USVs and other airborne and surface threats.”