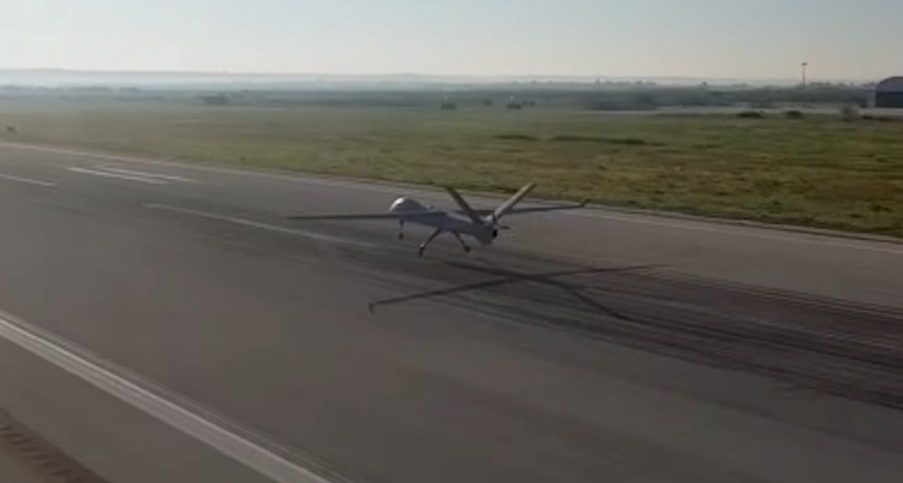 A new 24-hours endurance unmanned aerial vehicle has completed its maiden flight. Built by Italy’s Leonardo, the Falco Xplorer drone which offers persistent multi-sensor strategic surveillance is aimed at both civilian and military customers and will feature satellite navigation.

The drone flew for 60 minutes from Trapani Air Base in Sicily in a dedicated flying area before landing safely, Leonardo reported. The trials were run in cooperation with the Italian Air Force.

The drone which is an evolution of earlier Falco models, provides 24/7, all-weather persistent regional surveillance, covering a wide range of missions and complementing typical military roles with governmental missions.

Its sensors suite is based on a multifunction SAR radar, E/O turret, and a Signal Intelligence Suite.

The Falco Xplorer gathers information far over the horizon, relayed in real-time via secure satellite connection to C4I centeרs, according to the company website.

The drone is the third evolution in the Falco family, which includes the Falco and the larger Falco EVO, which offers 15 hours endurance.

The Xplorer offers a maximum payload of 350kg, a maximum takeoff weight of 1.3 tons, and it can operate above 24,000 feet.

The Italian firm is offering the drone with its Gabbiano T-80 radar, SAGE electronic-intelligence system, an electro-optical turret and a hyperspectral sensor for monitoring pollution and agriculture, according to defensenews.com.

The Xplorer is not subject to International Traffic in Arms Regulations (ITAR) restrictions, making it widely available for export around the world, the company announced.

The UN and the European Union’s frontier protection agency Frontex are among existing customers of the Falco, while national customers are thought to be Jordan, Saudi Arabia, Pakistan, and Turkmenistan.