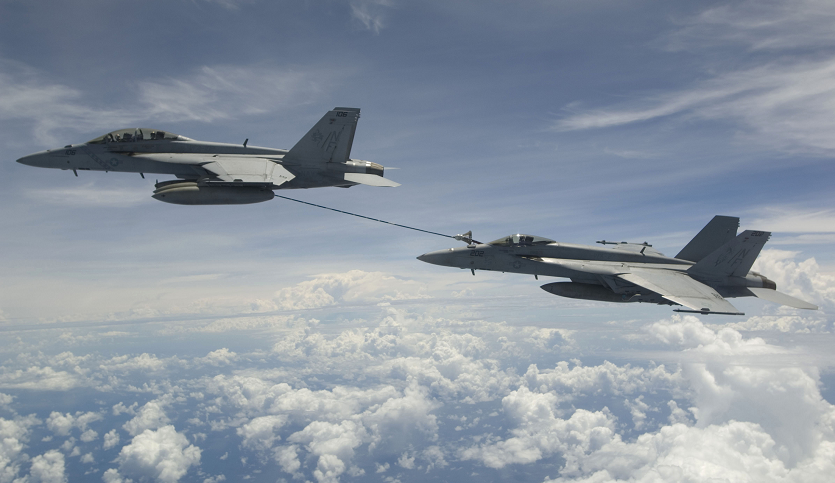 The Boeing F/A-18 Super Hornet is a twin-engine, multirole fighter aircraft variant based on the Mcdonnell Douglas F/A-18 Hornet. The Super Hornet comes in both single and dual seat variants and is larger and more advanced than its predecessor, the Hornet.

The aircraft utilizes an internal 20-millimeter cannon and is capable of carrying air to air and air to surface missiles. The Super Hornet can also carry additional fuel in up to five additional external fuel tanks and can be configured to be an airborne tanker to refuel other aircraft mid-flight.

A few countries operate the Super Hornet including the United States, Australia, and Kuwait. Among some of the potential operators of the aircraft include Canada, Germany, Finland, Spain, and more.

With its first flight taking place in 1995, the Super Hornet first entered service with the United States Navy in 2001 and now Boeing and the Navy are at work developing and testing an upgraded sensor system for the aircraft.

The Infrared Search and Track (IRST) Block II pod is a long-range, passive sensor for targeting. The sensor is key for future Block III upgrades of the Super Hornet, according to Upi.com. Boeing and the United States Navy tested a SuperHornet equipped with the IRST system for the first time in late 2019.

The Super Hornet’s Block III upgrades will enhance network capability, increase the aircraft’s range, include an advanced cockpit system, and enhance the aircraft’s communication systems. The Block III updates are currently in the risk reduction phase of development.