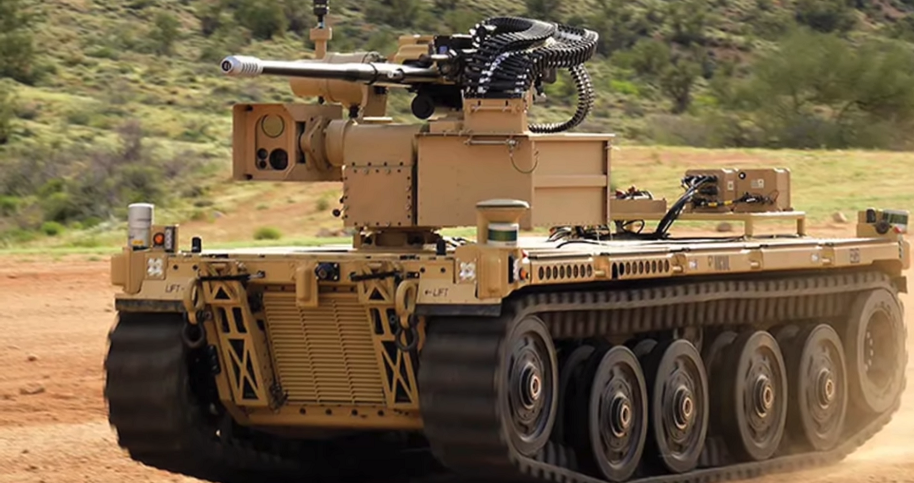 It was anticipated that the Army would award up to two contracts per category, however the service has ended up awarding only one contract per category.

The RCV prototypes will be used to evaluate the feasibility of integrating unmanned vehicles into ground combat operations. Both light and medium RCVs are expected to be used in order to conduct an experiment at the company level at the end of 2021. Results from the experiment will help the Army decide how it would like to proceed with unmanned vehicles on the battlefield.

“Robots have the potential to revolutionize the way we conduct ground combat operations,” said Brigadier General Ross Coffman. “Whether that’s giving increased firepower to a dismounted patrol, breaching an enemy fighting position, or providing reconnaissance, we envision these vehicles providing commanders more time and space for decisions and reducing risk to soldiers.”

Last October, Textron and Howe & Howe unveiled their Ripsaw M5 RCV, an unmanned tank based on the company’s experience with building small unmanned tanks. The M5 added technologies such as scalable armor, suspension, and sensors.

The Ripsaw team told Defensenews.com in an interview then that a version of the Ripsaw M5 will be submitted to compete for both the light and medium class of the Army’s RCV.

The Qinetiq team has submitted a version of the Expeditionary Modular Autonomous Vehicle for the Army’s light-class RCV competition.

The Army has also been looking into the possibility of a heavy-class RCV. For the heavy RCV, the Army is using unmanned versions of the M113 as a platform for evaluations.

Missile System Comes Back to Life