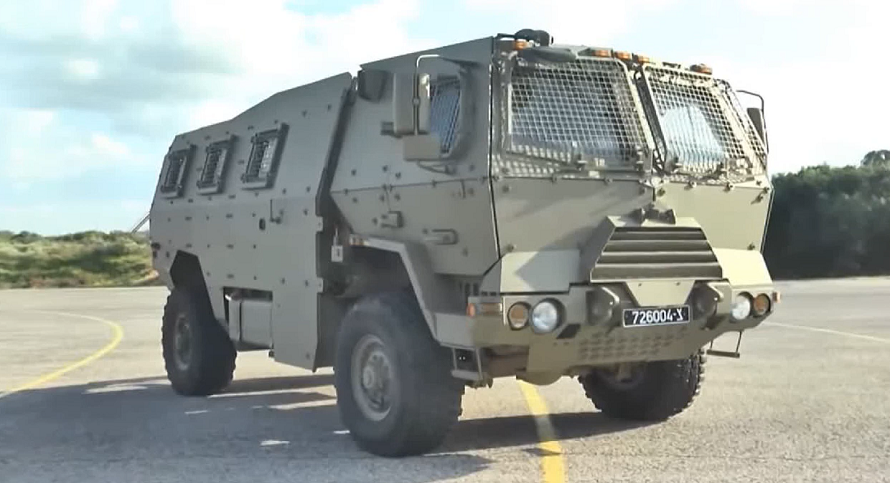 The FMTVs are being provided via several contracts, with the most recent one being an indefinite delivery/indefinite quantity contract for 589 vehicles at a total value of about $159 million. Delivery of the vehicles is expected to begin in July 2020 and the completion date is estimated to be in October 2024.

The Israeli Ministry of Defense has already purchased the first six trucks in order to see if the company’s FMTV meet Israeli requirements back in 2017.

The company is providing Israel with the FMTV 8 ton vehicle, which is a modified M1085 cargo truck designed to meet Israeli road law requirements.

Some of the modifications included are a 20 foot cargo bed, a metric dashboard, a tracking system, and the ability to carry a 20 foot intermodal container, according to Nationaldefensemagazine.org.

The Israeli military tends to instal tracking systems onto its street legal vehicles. This is to ensure that the vehicle’s driver is not driving too fast, aggressively, or in areas where he shouldn’t. The system also stores driving data, this data is often used to evaluate how safe the vehicle’s drivers are driving. Commanders can use this data to either reward or punish a driver based on his safety record while driving in an attempt to save lives and reduce the likelihood of an accident happening.

The modified trucks also include a mobile driver assist system that notifies the driver if the vehicle begins to swerve outside its lane. This comes as an effective method to combat drowsiness while driving, likely the most dangerous scenario military drivers will encounter in their service.

Elbit Systems to Supply the IDF with Iron Fist Systems

Elbit will Continue to Supply Small Caliber Ammunition to IDF

IDF in Midst of Digital Transformation