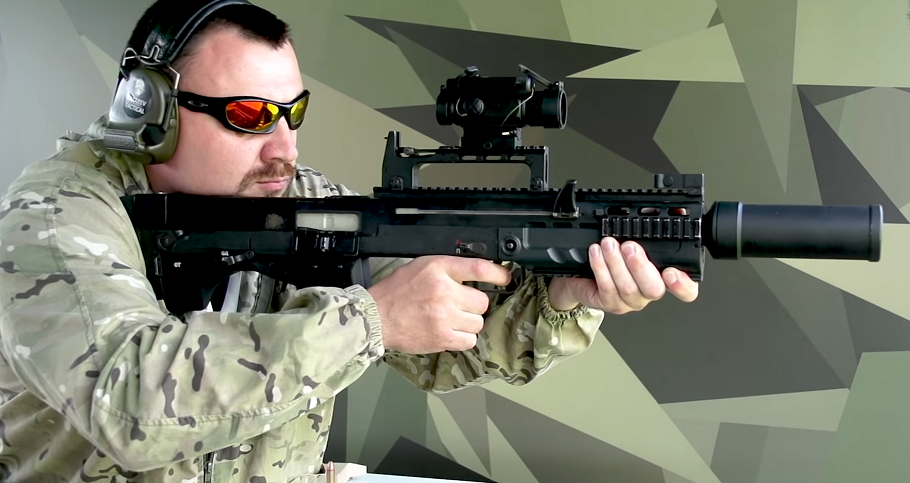 Russian Special Forces are expected to be receiving the latest variant of the ASh-12,7×55 mm heavy assault rifle. Developed by the KBP Instrument Design Bureau, the ShAK-12 rifle will be used more for hostage situations and close quarters combat rather than for general infantry.

While weapons designed for general military purposes, such as Kalashnikov’s AK-12, are balanced for optimal handling, accuracy, penetration, and mobility, the ShAK-12 has been developed for scenarios where weapon weight and shot distance are irrelevant.

Russian forces have been looking for a weapon specifically designed to handle non-military combat. In hostage situations and close quarters combat sometimes the immediate effect of gunshot wounds isn’t enough to immediately stop an active shooter, even with military weapons such as aforementioned AK-12. Even if hit, a shooter may potentially have a few seconds or even minutes before going down, it’s within that small period of time where an injured shooter can cause the most damage to hostages or police forces.

The ShAK-12 has been designed to address this concern. The weapon sports a 12.7 millimeter caliber designed to instantly neutralize targets upon impact, This helps minimize the length of gunfights. The weapon has an effective range of 100 meters, much less than most military firearms, but enough for the weapon’s operational purpose.

The weapon’s manufacturers have developed three different bullet types to be used with the ShAK-12 according to Nationalinterest.org. An armor piercing round with very strong stopping power to penetrate bullet proof vests and cover, a subsonic velocity bullet for quieter gunshots, and a light aluminium round that maximizes stopping power while decreasing the likelihood of the bullet ricocheting and causing collateral damage.

The weapon will be used mainly for Russian counter-terrorist operations, however there are plans to export the weapon to other countries around the world.

The US Enhances Soft Target Security

Have We Reached the Drone Age?

Recognizing Faces – Also in the Dark

Experts: Response to Israel’s Security Challenges in Next Decade lies in Technology