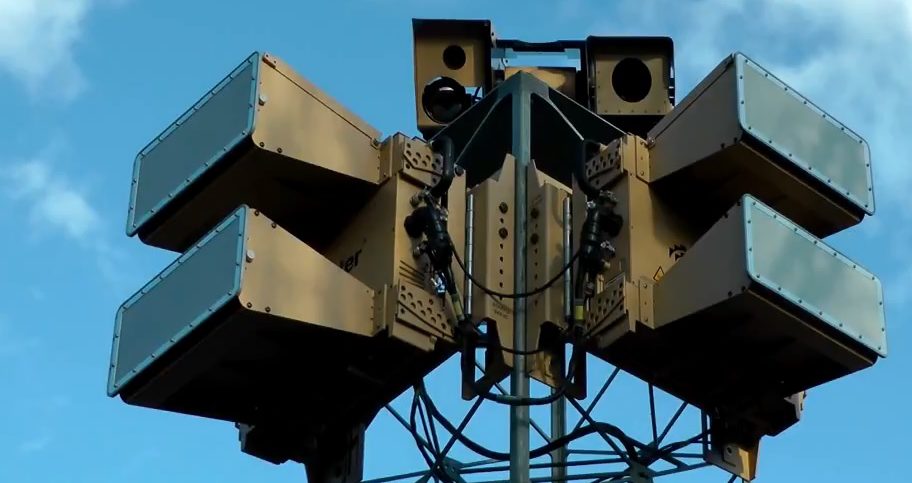 Recent advances in the counter-unmanned aircraft systems (C-UAVs) domain include radar technology to detect smaller systems at greater ranges. A key demand from operators today is the need to not only detect UAVs, but also other air or land vehicles.

Among the latest companies in the field is UK-based Blighter Surveillance Systems, which announced new enhancements to its A400 series C-UAS air-security radar. The system is designed to make it better able to detect and report low, slow, and very small UASs up to 3.6 km away.

The newly upgraded radar has been optimized in several areas, notably through the addition of 40° antennas, according to Nick Booth, the company’s vice-president of marketing. The new U40 antennas give the radar a wider field of view (FOV), which Booth asserted “enhances situational awareness around the site where malicious activity might be taking place”.

“If the operator is driving up in a car, parking and getting out, and then connecting the controller to the drone, actually having awareness of that is very important,” he explained.

A400 series radars are capable of detecting microdrones at ranges from 10 m up to 2.4 km and larger drones and aircraft at ranges up to 10 km. Drone speeds ranging from hover-drift to over 400 km/h are all detected. Target tracking software and extensive zone filtering facilities allow drones to be detected while reducing false alarms from birds.

According to janes.com, the new antennas widen the system’s vertical elevation coverage from 30° to 40°. The A400 radar has also been upgraded with Digital Drone Detection (D3) technology with sensitivity boost, which allows the micro-Doppler electronic-scan system to better extract the small radar reflections from modern plastic-bodied UASs, even when flying near the ground or close to buildings where clutter reflections are relatively large.

A400 series radars are optimized for the detection of small drones carrying video cameras, wireless communication systems, narcotics, explosives and other malicious payloads.

The Ku-band operating frequency is ideally suited to detecting the small structures used to construct compact UAVs such as the control wires, battery pack, motor and wireless communications system, according to the company website.