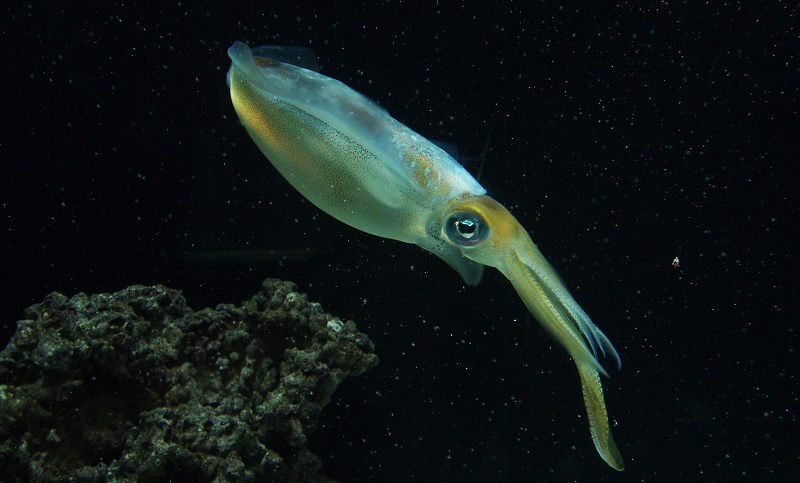 A novel type of an Underwater Unmanned Vehicle (UUV) has recently been showcased. The UUV is a squid shaped drone designed to swim underwater and attach itself to ships and submarines and explode. Probably one of the stranger weapons, the Sea Hunting Autonomous Reconnaissance Drone (SHARD) is currently being marketed by the Australian weapons manufacturer, DefendTex.

The SHARD drones are supposed to float around in the sea, taking advantage of their squid-like appearance in order to better camouflage themselves against hostiles.

The drone is built to swim unnoticeably towards enemy vessels. Once close enough, the drone’s operators can remotely detonate them. The drone can either work individually or as a swarm with other SHARDs.

DefendTex mentioned that the drones are capable of recharging themselves. By attaching themselves to rocks on the ocean floor, SHARDs can take advantage of ocean currents to rotate an internal turbine which in turn charges the drone’s battery.

Businessinsider.com mentions that the drones are mainly intended to be used against submarines or for intelligence, reconnaissance, and surveillance missions.

The SHARDs are still in development and therefore not yet for sale.