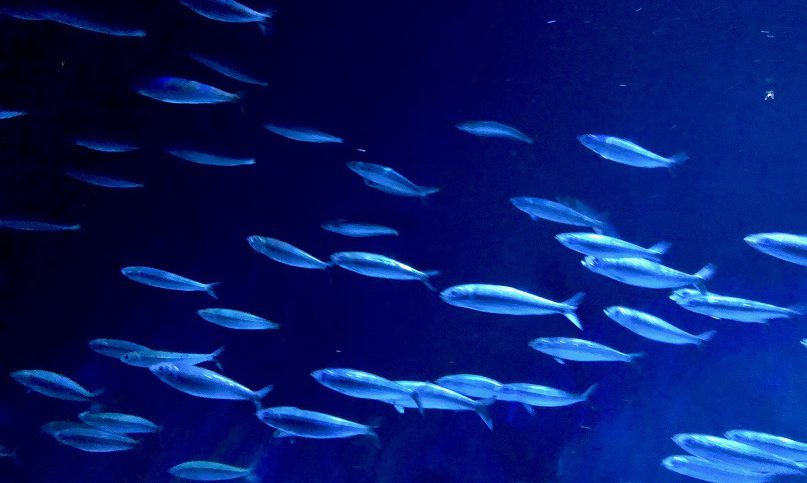 Schools of fish synchronize their behavior without a leader: each individual fish makes decisions based on what their neighbors are doing, through a natural process called implicit coordination.

Fascinated by this type of decentralized self-organization, a research team from Harvard set out to develop a robotic swarm that could synchronize much in the same way as fish in the natural world.

Insights from the project are expected to help develop miniature underwater swarms that are capable of performing environmental monitoring and even search missions in fragile environments like coral reefs, to help protect the environment.

“Robots are often deployed in areas that are inaccessible or dangerous to humans, areas where human intervention might not even be possible,” said Florian Berlinger, a Ph.D. Candidate at SEAS and Wyss and first author of the paper. “In these situations, it really benefits you to have a highly autonomous robot swarm that is self-sufficient. By using implicit rules and 3D visual perception, we were able to create a system that has a high degree of autonomy and flexibility underwater where things like GPS and WiFi are not accessible.”

The researchers created a vision-based coordination system based on blue LED lights. Each individual fish robot, called a Bluebot, is equipped with two cameras and three LED lights.

An on-board fish-lens camera, which looks remarkably like a real fish eye, detects the LEDs of neighboring Bluebots and utilizes a custom algorithm to determine their location and movement.

According to interestingengineering.com, the team showed that Blueswarm is capable of demonstrating complex synchronized behavior such as aggregation, dispersion, and circle formation. The research is published in Science Robotics.

Robot Squids: The Next Generation of Underwater Warfare

Development of UUVs is Accelerated