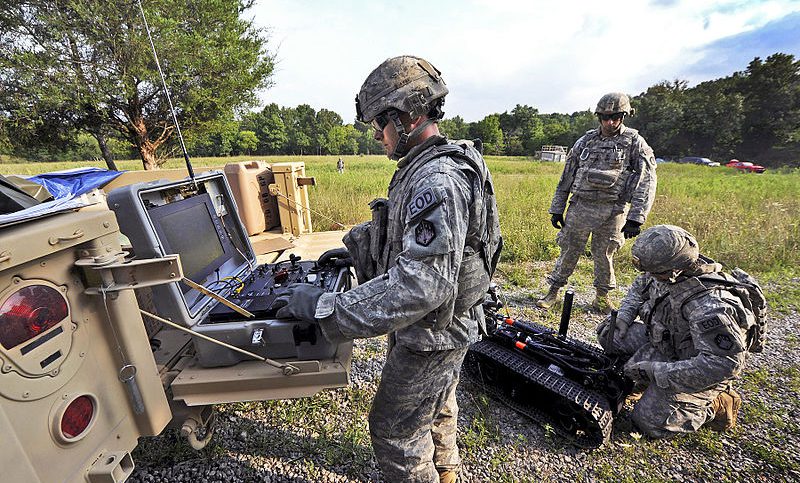 The growth of technology opens the world up to many exciting opportunities; especially out in the battle field. The US Army plans to exploit a small robot by 2020 to assist soldiers in surveillance, target acquisition, and reconnaissance. The robot is projected to be built by the Army’s Common Robotic System (CRS) program. It is designed to be concealed and small enough to fit inside of a backpack.

In order for the robots to be successful and communicate thoroughly with soldiers and other robots, Persistent Systems will need to aid defense contractor QinetiQ on networking technologies. On June 12, a press release revealed that this would in fact happen.

Persistent’s networking technology is recognized as a mobile ad-hoc network (MANET). “The ad-hoc nature of the network means that each device is both a transmitter and a receiver, removing the need for fixed communications infrastructure,” according to Leslie Hulser, director of programs at Persistent. MANET will not only give soldiers access to communicate with aerial and ground robots, but other soldiers in the field as well.

Persistent will roll out the fifth generation of its Wave Relay MANET technology for the project, which includes an on-board Android operating system, a change from single input single output (SISO) to multiple input multiple output (MIMO), the introduction of a new form factor, full duplex audio, an on-board video encoder and decoder and a reduction in size and weight, as explained by c4isrnet.com.

The transition to MIMO will expand the range and frequency of operation, while making the expectations of sending a message successfully even more favorable.