home Security Military This UGV Can Cope with 30-Degree Slopes 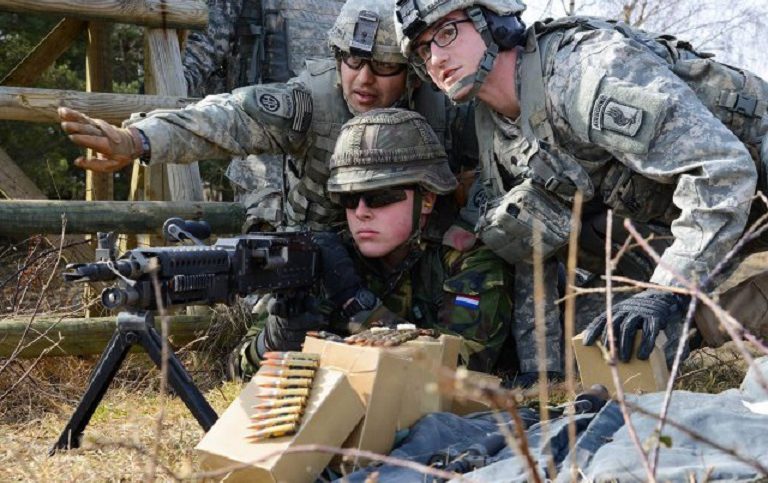 The Netherlands has been enhancing its Army with unmanned capabilities. The Army has recently received two THeMIS unmanned ground vehicles developed by Milrem Robotics, an Estonian defense industry company, for their Concept Development and Experimentation Project.
The two UGVs were delivered in the middle of April for the Dutch Army’s project that looks into how to exploit the possibilities new unmanned platforms provide for increasing combat power and decreasing risk to soldiers.
Milrem Robotics focuses on the manufacturing of unmanned ground vehicles, developing robotic warfare solutions and performing concept of operations and doctrine level warfare analysis.
According to international news agencies, the UGVs were delivered in transport configuration together with initial spare parts and accessories. The company will also provide operator and maintenance training, tactical deployment know-how and life cycle support and upgrades during a two-year period.
“Rigorous tests and combat exercises held in Europe, US and the Middle-East have proven that the THeMIS is an effective tool for dismounted troops and we have no doubt the Dutch Army will be more than satisfied,” according to the company.
“This 1,5-ton robot can effortlessly negotiate 30 degree slopes while carrying a payload of at least 750 kg with ease,” said Lieutenant Colonel Jules den Ouden, commander of the RAS unit.
The THeMIS’ capabilities were put to the test right after delivery in the tough Scottish landscape during an exercise where the RAS used unmanned ground vehicles for the first time.