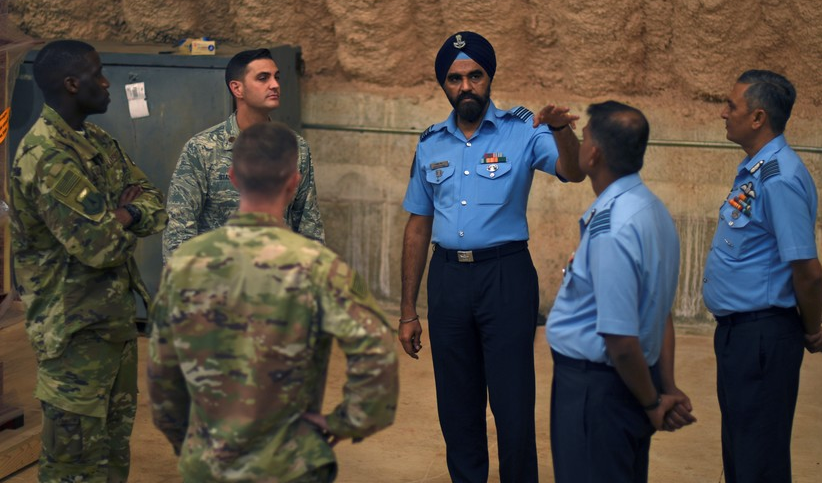 The United States and India have been working together on developing a series of small, unmanned, aerial drones that are to be launched from a cargo aircraft, specifically the Lockheed Martin C-130J Super Hercules or the Boeing C-17 Globemaster III. The drones are planned to be in use by both the U.S. and the Indian military.

The system of drones are to be implemented for 3 main objectives: humanitarian assistance, cross-border operations, and cave and tunnel inspections, as reported by defensenews.com. These objectives allow for an efficient way to provide additional capabilities to the combat soldier on the ground.

Drones are not the only things that India and the U.S. were involved in co-developing. The two nations were also involved in a lightweight small arms technology project. Where the mission here is to decrease the weight ground soldiers carry into war by about 40%.

Both the drones and the lightweight weapons technology are part of a broader effort for co-development of military technologies between the U.S and India. The effort is known as DTTI, the Defense Technology and Trade Initiative.

Launched in 2012, the idea behind the DTTI is to work together in order to create superior technology. Technologies that have reached a certain level in the U.S. are being expanded upon by Indian scientists and vice versa. Pentagon representatives believe this strategy strengthens the two countries as well as the connection between them.

However though, Indian bureaucracy has caused delays in the DTTI program. The American defense industry and the Pentagon both suffered from the inconveniences of these delays. More delays equates to less development and both Indian and American industries are missing out on the extra work.

Although the program is proceeding at a slower rate than expected, both Americans and Indians are optimistic that the program will get back on track and running again at full speed.

The cooperative program shows the tight bond the U.S. has with its Indian ally and at the same time strengthens both nations.