home Security Counter Terror Who is Behind Rebel Organizations’ UAVs? 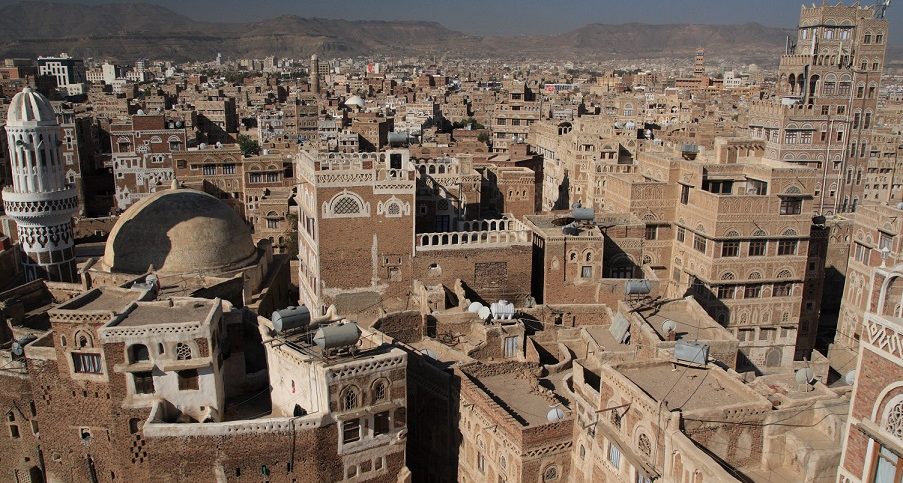 Unmanned aerial vehicles have long been part of Middle East conflicts. The UAV capabilities of the militants in Yemen, backed by Iran, sustained a severe blow. The Coalition to Restore Legitimacy in Yemen has recently stated that the Joint Forces Command of the Coalition carried out a military operation to destroy a location used by the Houthi militia to store and prepare the launch of UAVs for terrorist attacks in the capital Sanaa.
“This targeting operation is an extension to the previous two military operations in January that were conducted by the Joint Forces Command of the Coalition to target and destroy an Iran-backed terrorist Houthi militia’s integrated network for UAV capabilities and its logistical facilities, in addition to locations of foreign experts,” said the Official Spokesman of the Coalition to Restore Legitimacy in Yemen, Colonel Turki Al-Malki, according to aawsat.com citing the Saudi Press Agency (SPA).
Malki affirmed the commitment of the Joint Forces Command to preventing access and use of the Houthi militia, and other terrorist organization, to such unique capabilities, and taking all necessary measures to protect civilians and vital areas from the threat of UAV terrorist attacks in accordance with the Customary International Law.
On January 10, a weaponized UAV exploded above a number of senior officers, killing at least 6 members of the Saudi-backed Yemeni forces gathered at an army parade just outside the Saudi- and Emirate-controlled port city of Aden, according to fpri.org. Imagery of the attack and drone wreckage suggests the vehicle in question was an Iranian Ababil-T from the Ababil II family of drones. Iran is a documented supplier of weapons to the Houthi movement and has used the Ababil drone, redubbed “Qasef-1,” in at least 12 attacks throughout the country.