home Weapons CBRNE UUVs to be Equipped with Nuclear Capabilities 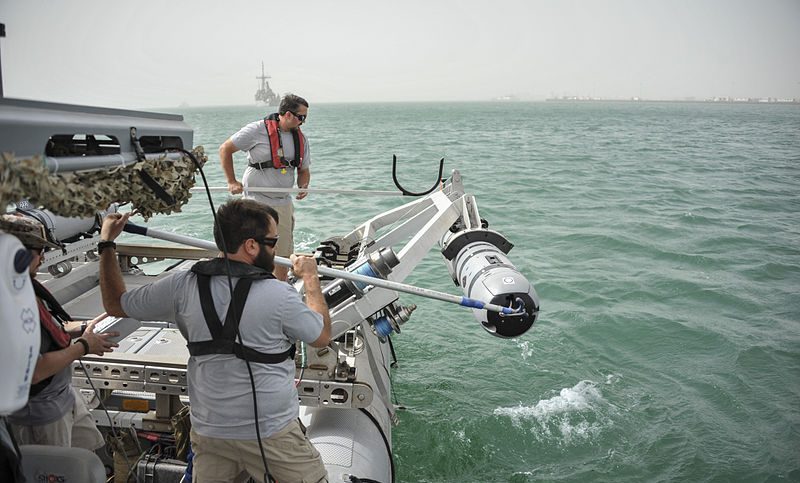 Russia has been making efforts to advance a nuclear-powered unmanned underwater vehicle program. The Russian Navy plans to place more than 30 Poseidon strategic nuclear-capable unmanned underwater vehicles (UUVs) on combat duty.
“Two Poseidon-carrying submarines are expected to enter service with the Northern Fleet and the other two will join the Pacific Fleet. Each of the submarines will carry a maximum of eight drones and, therefore, the total number of Poseidons on combat duty may reach 32 vehicles,” tass.com reported.
The special-purpose nuclear-powered submarine Khabarovsk currently being built will become one of the organic carriers of the Poseidon nuclear-capable underwater drone, according to defenseworld.net. Also, special-purpose submarines and Project 949A nuclear-powered underwater cruisers operational in the Russian Navy may be used as the carriers “after their appropriate upgrade”.
In March 2018, Russian President Vladimir Putin mentioned for the first time the country’s efforts to develop a nuclear-powered unmanned underwater vehicle that can carry both conventional and nuclear warheads and is capable of destroying enemy infrastructural facilities, aircraft carrier groups and other targets.
Doubts about the program were raised in thediplomat.com: “The UUV is being designed a weapon of last resort to strengthen Russia’s nuclear deterrence posture vis-à-vis the United States and NATO. Torpedoes equipped with a nuclear propulsion system and fitted with a nuclear warhead for use over long distances were first conceived in the Soviet Union back in the 1950s but were considered impractical and unreliable at the time. There are still questions whether Russia will be capable of building a reliable miniaturized nuclear reactor for the UUV [next to other technical challenges].”
Sea trials of the Poseidon commenced in December 2018. The ongoing tests are part of experimental design work rather than full-fledged sea trials, according to a Russian defense industry source.