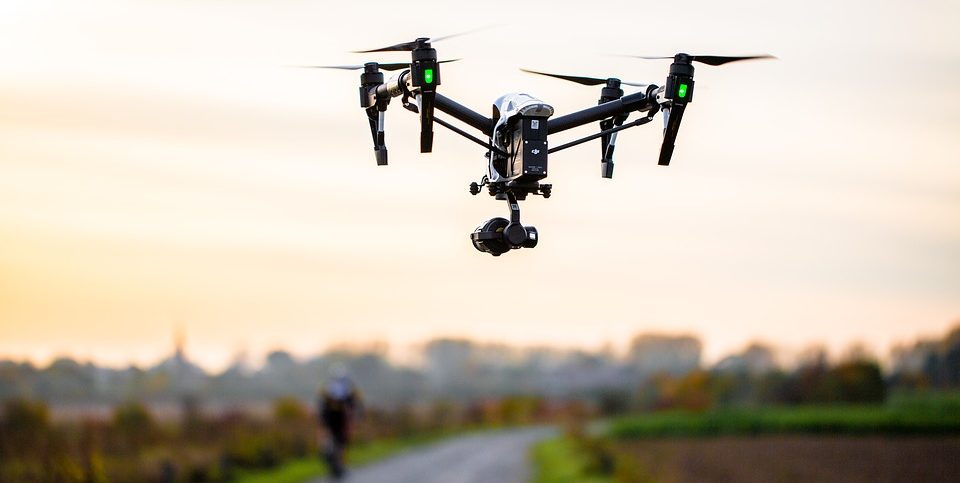 International terrorism always targets headlines. When using drones, some expertise is required, especially if adapting commercial drones, and the payload needs to be developed and delivered. But, get all that right and target locations are seemingly wide open. In October 2018, FBI Director Christopher Wray told the US Senate Homeland Security Committee that the terrorist threat from a drone attack is now escalating. “Drones will be used to facilitate an attack in the US against a vulnerable target, such as a mass gathering.”
US Secretary of Homeland Security, Kirstjen Nielsen, wrote in an opinion piece in the Washington Post: the threat from drones “is outpacing our ability to respond… terrorist groups such as the Islamic State aspire to use armed drones against our homeland and US interests overseas… We have already worked with our partners to stop terrorist plots that could have involved drone technology.”
According to forbes.com, with the December 2018 chaos at the UK’s second busiest airport, vulnerability to drones is now high-profile, highly-secure public spaces have been damaged quite spectacular fashion. Between 19th and 21st December, more than 60 reported drone sightings in or around the single runway at Gatwick forced the full closure of the airport, canceling more than 1,000 flights and hitting travel plans of nearly 150,000 passengers. The extended chaos was a publicity nightmare for law enforcement and the airport; it clearly demonstrated that despite proximity flying bans and geofencing technology, an open space was vulnerable to an industrial drone. Legal deployments of commercially available counter-drone technology are limited in the US and UK, the use of GPS and radio jamming technologies in and around built-up urban areas and communication hubs such as airports is fraught with risk. But it now seems inevitable that something needs to change. According to Oleg Vornik, CEO of Droneshield, a specialist provider of detection and disruption technologies, “drones represent a major threat to aircraft and can easily create disruption as witnessed at Gatwick. We expect copy-cats to continue driving such incidents going forward.”
Earlier this year, the UK Ministry of Defence acquired Drone Dome counter unmanned aircraft systems (C-UAS), from Israel’s state-backed manufacturer Rafael. According to press reports, it was this system that was eventually deployed at Gatwick. More than three-thousand miles from Gatwick, Islamic State drones have flown countless raids high and fast above the barren Iraqi frontline and its shelled-out buildings, armed with rudimentary grenades. Videos can be found online of soldiers firing automatic weapons at drones small enough and high enough to make tracking them with the naked eye difficult. The drones are standard commercial models, sourced from the Far East through a convoluted supply chain.
Now, with the reported re-emergence of Al Qaeda, the potential for a sophisticated, high-profile attack using drone skills honed on the battlefields of Syria, Iraq and Yemen is very real. According to Droneshield’s Oleg Vornik, “there is a major danger from drone-related terrorist activities, with Al Qaeda and other organizations reported to be regrouping and re-evaluating their strategies and their use of drones well-known.”
In October, UK security minister, Ben Wallace, warned: “terrorists continue to explore new ways to kill us on our streets: chemical and biological weapons are marching in closer. They have developed and worked on a better arsenal. We have to be prepared for the day that might come to our streets here.”
Markets and Markets forecast that the value of the worldwide drone market will increase from $18 billion in 2017 to more than $50 billion by 2025. That’s a seriously large number of flying objects. Understandably, in the wake of Gatwick, much has been made of the threat to aircraft and passengers from a targeted attack during take-off or landing. In reality, deliberately taking out a plane with a drone is harder than it’s been painted. Such an incident is more likely to be the result of an accident than an attack. And that’s a solvable problem with technology and legislation. The calls for tougher drone regulations and infringement penalties are aimed at resolving this risk. Terrorists are not deterred by such penalties.
We will see counter-drone technology deployed around airports and very high-profile locations. Droneshield reports that they have “fielded products across a number of key markets and customers this year and expect deployments to rapidly rise in 2019.” But it’s not possible to protect everywhere. Terrorist attacks on western soil using drones would be more straightforward and effective on mass gatherings in open public spaces. We will be too vulnerable if we take a physical defensive approach.