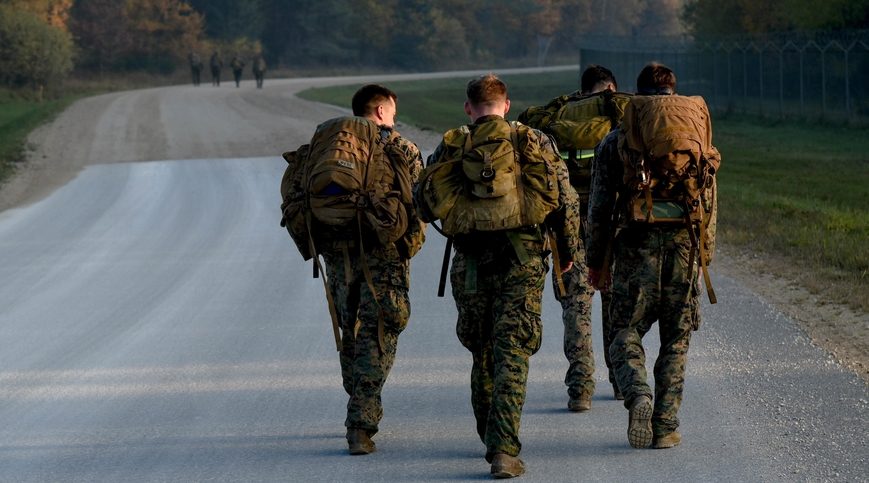 Military scientists in the U.S. are working on the development of new exoskeletons to fit onto soldiers in combat, attempting to find the ultimate design for comfort and functionality.

The U.S. military has been attempting to design futuristic, performance-enhancing exoskeletons for combat soldiers since the late 1990s, but the technology often interferes with the way humans move.

According to a government website for the Small Business Innovation Research (SBIR) program, “The objective of this effort is to demonstrate an interface that can safely join an exoskeleton (which is potentially rigid and/or heavy) to a human being (which is fleshy and load-limited) while simultaneously optimizing the mobility of and minimizing the injury to a dismounted soldier.”

The Pentagon has invested in several exoskeleton technologies, including Lockheed Martin’s Knee-Stress Relief Device, or K-SRD, a lower-extremity device worn to increase a soldier’s physical performance during strenuous activities, such as walking uphill.

“An effective interface is one that considers natural human movement, minimizes the forces exerted on or carried by the body and results in negligible long-term injury to the wearer,” according to the solicitation, which closed to response Oct. 24.

The exoskeleton is intended to fulfill a variety of functions, for example: accounting for the natural human movement in a comfortable manner, address physical changes such as weight loss and muscle gain, allow the wearer to easily remove and put on the system, etc., as reported in military.com.

In later stages, industry participants will develop interface designs that will work with “promising candidate systems,” such as Lockheed’s new powered lower-body exoskeleton, or ONYX, and “one upper body exoskeleton yet to be identified via the active Army RFI.”