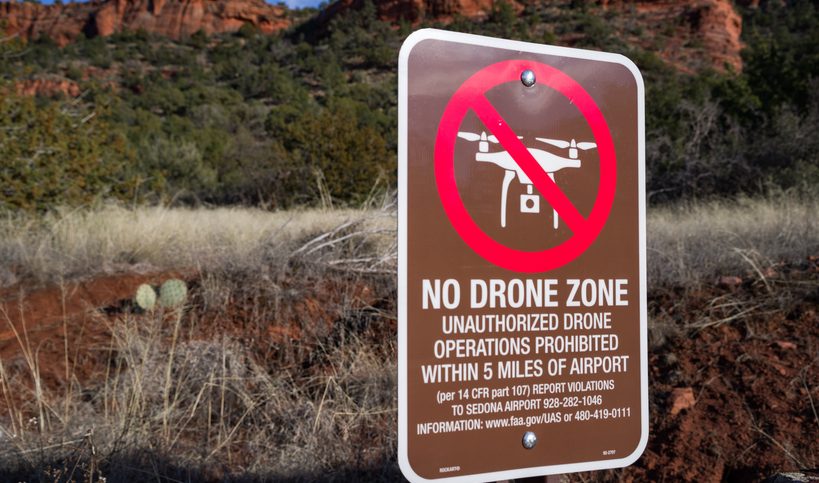 Given the recent drone attack on the Venezuelan president and the high profile mailbomb terrorist attacks in the United States, a new counter-drone jamming device to be utilized at large outdoor events by law enforcement without raising public concern was recently developed.

This device comes as a result of end-user demand, with recent events heightening the need of awareness of law enforcement globally to potential threats to high profile political targets, according to the manufacturer.

The DroneNode, developed by DroneShield, is an evolution of the company’s existing DroneCannon product.

“The release of DroneNode continues DroneShield’s leadership in drone security for public events. DroneShield’s recent credentials in the area include the 2018 Olympics, the 2018 Commonwealth Games, 2018 ASEAN-Australia Special Summit, the 2017 Hawaii IRONMAN World Championship, and the 2015 to 2017 Boston Marathons,” said Oleg Vornik, the Company’s CEO. “The company’s products are well positioned to protect large public gatherings globally.”

The DroneNode product is contained in a portable case sized at approximately 50×50 centimeters. The DroneNode and DroneCannon have not been authorized as required by the Federal Communications Commission (FCC). This effectively means that the device can currently only be used by U.S. government authorities, until acknowledged by the FCC.

The jammer only affects frequencies at 2.4Ghz, 5.8Ghz and GPS/GLONASS (optionally). Emergency broadcasts, cellphone communication and other dedicated channels will not be affected, according to insideunmannedsystems.com.

Based in Sydney, Australia and Virginia, USA DroneShield specializes in drone security technology and the company has developed pre-eminent drone security solutions that protect people, organizations and critical infrastructure from intrusion from drones.