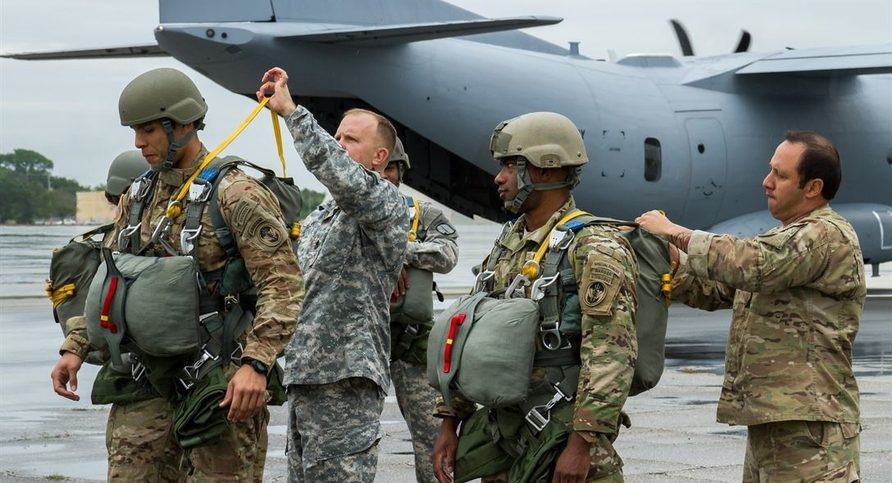 Despite technological advances, the load ordinary soldiers carry in 2018 is probably greater than it’s ever been, and there are constant efforts to make equipment as light and minimal as possible. A new vest, deemed the Modular Scalable Vest, weighs 20 percent less than previous vests, a feature badly needed by troops weighed down by their own equipment.

The vest comes in at 11 kilograms, which is 2.3 kilograms less than the Improved Outer Tactical Vest it is intended to replace.

The armor is reportedly receiving good reviews from troops in the field. Not only is it lighter, it is also narrower, thanks to a loosening of what the service called “conservative” standards in how much deformation it will accept in armor caused by small arms fire.

The Pentagon has struggled to lighten fighting loads, but it’s been a case of three steps forward, two steps back. Today’s U.S. Army riflemen typically carry 43 kilograms, and 58 kilograms for automatic riflemen—despite the Army’s attempts to lighten soldier loads.

The basic problem is that technological advances have resulted in new equipment to carry, particularly body armor. The soldier of today wears helmets that weigh about the same as the old World War I steel helmet, but the 21st century soldier wears a heavy protective vest that their predecessors didn’t.

If soldiers dropped their body armor and fought like soldiers in World War II, their gear would be in the 30 kilograms range, which is congruent with the general recommendation. The effectiveness of modern body armor, however, necessitates its use despite its weight addition.

Another major weight problem: ammunition. Small arms ammunition still uses the same steel-jacketed, brass casing bullet technology as in World War I, with little to no weight savings in 100 years. In fact, ammunition weight actually went up when automatic weapons like the M16 were adopted, as individual soldiers expended more bullets per battle.

The American Army is trying to counter this with a requirement that the service’s next generation small arms use ammunition that weighs 20 percent less than current ammo. One way to achieve that savings: using lightweight polymers instead of brass for bullet casings, as explained in foxtrotalpha.jalopnik.com.

9mm Cartridge is Here to Stay, Despite Speculations