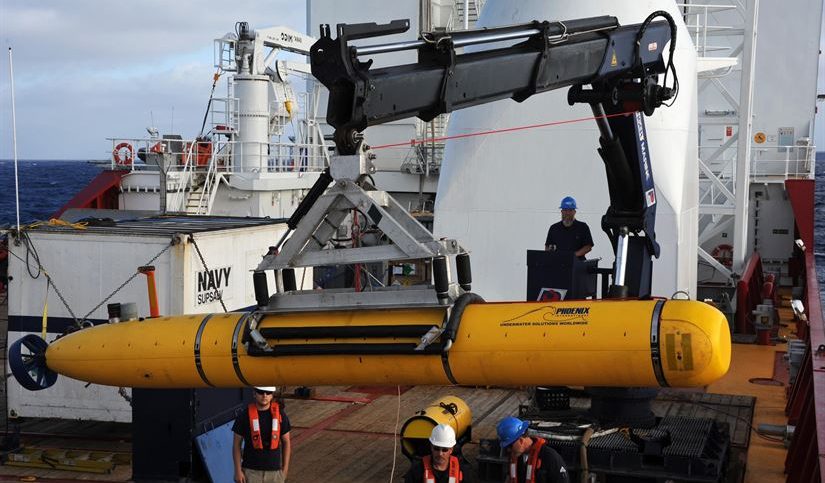 Following the proliferation of Unmanned Aerial Vehicles (UAV) in the military realm, the American Navy is hoping it can employ its own unmanned vehicles to clear mines, scout unfamiliar territory or wage anti-submarine warfare.

Big-name defense contractors are eagerly buying the rights to next-generation technologies that they think could enable a revolution in sea-based autonomy.

For instance, the New York-based defense contractor L3 Technologies is building out an entire business unit focused on sea-based autonomy, preparing for a future in which the Navy buys fewer aircraft carriers and more robots.

Over the past 18 months, L3 has embarked on several acquisitions focused on autonomous boats, submarines and their enabling technologies.

It is clear, therefore, that the company predicts heavy proliferation of autonomous capabilities at sea.

Late last year, the company announced that it is teaming up with Boeing for the Navy’s “extra-large unmanned undersea vehicle” competition.

These are only some of the collaborations and acquisitions the company has made in this field.

Overseeing these processes is Sean Stackley, a former Navy official who joined the company in January. In the Navy, Stackley served as assistant secretary for research, development and acquisition.

According to Stackley, the technology enabling such systems has only recently become available. For now, the approach is based mainly around teaming manned ships with robots, delegating dangerous or menial tasks like mine-clearing to unmanned submarines.

L3’s acquisition of ASV is an early step for the company in building production lines for unmanned systems.

The company says it has more than 100 unmanned surface vehicles deployed around the world with various military and commercial buyers, according to washingtonpost.com.