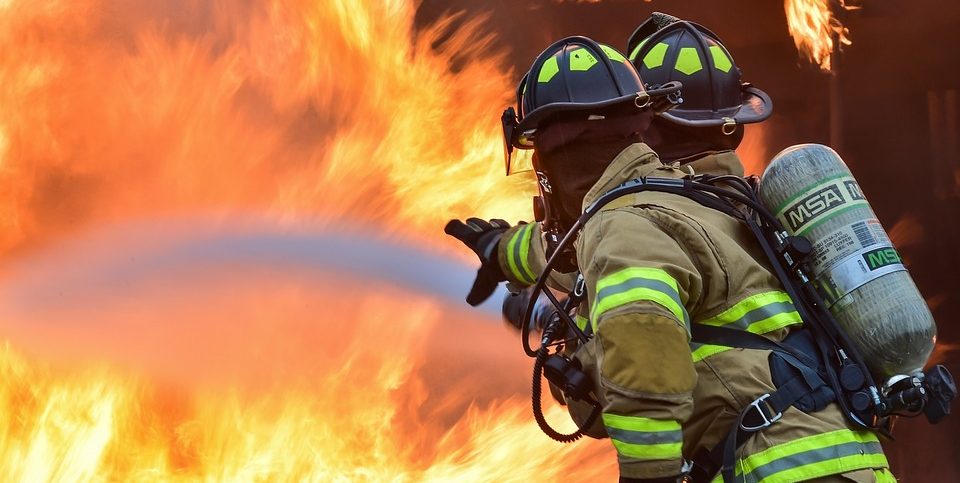 While firefighters battle with flames on a daily basis, they also face dangers in the form of toxic smoke and darkness, which can slow their progress, adding critical time to rescue operations. The protective gear they wear can weigh over 20kg, and between dragging a firehose and carrying a thermal camera to help them analyse their surroundings, their job is not an easy one. This is why some fire departments have turned to Augmented Reality to keep personnel in the field informed.

Currently, teams from the Alameda Police Department and the Menlo Park Fire Department are using a technology called EdgyBees, which provides contextual mapping to distributed teams.

“The unique nature of fighting fires necessitates the use of knowing the precise locations of teams, equipment, and potential hazards,” says Adam Kaplan, CEO and co-founder of the company. “The company augments live video feeds with geo-information layers, including maps, building layouts, points of interest, user-generated markers, and more data layers that provide visual context and operational intelligence.”

According to zdnet.com, the technology permits the relay of information between parties, effectively acting as a two-way radio for visual information. “The software and video is available to drone pilots, ground personnel and all distributed personnel and the footage is live streamed back to command and control centers to assist in making critical decisions immediately.”

It’s not the only AR solution being explored by fire crews. A company called Qwake Tech makes an AR helmet for firefighters that uses thermal imaging, edge detection, and toxicity sensors to give firefighters augmented sense perception in situations where smoke and fumes impair sight.

A similar systems has been developed by EPFL, a university in Switzerland. Augmented Reality and Virtual Reality are also being used to train first responders, including EMTs.

One benefit of the EdgyBees technology, and a lesson for AR developers who want to see their tech in the field, is that it’s easily deployable across platforms. “The technology is a downloadable software that supports PCs, iOS, and Android,” says Kaplan. “The learning curve is very short — under 20 minutes.” Ease of use is definitely a key driver of any decision to adopt a new technology.