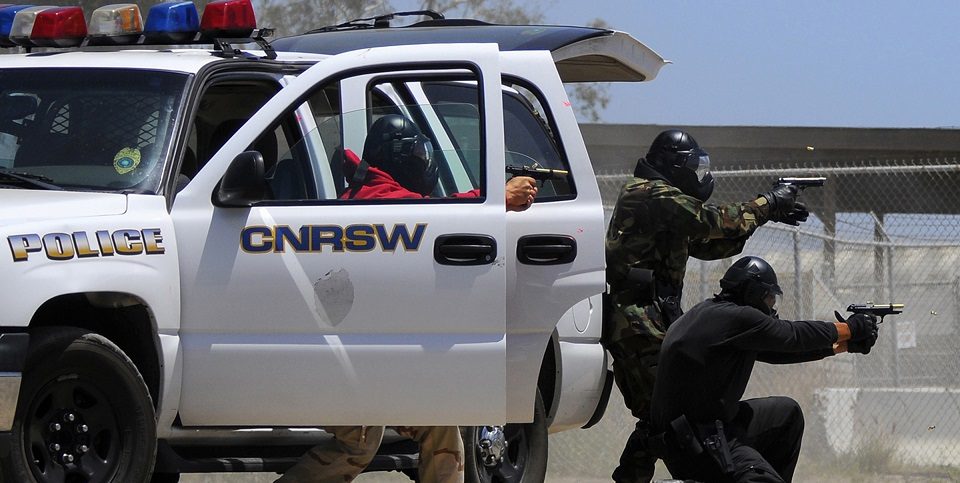 A non-lethal development may be useful to military and law enforcement agencies. The StunStick device, an electro-muscular incapacitation system designed to subdue its targets without killing them has been under development. The third-generation prototype of the device was built to deliver a powerful electric shock to those on the receiving end.

The inventor Fred Pearson describes the 50,000-volt jolt as a non-lethal neuro-scrambler, which “uses state-of-the-art pulse wave technology to basically plug into a person’s central nervous system [and] override the signals that go from its brain to muscles.”

The dual-use weapon “bridges the gap” between a baton and a Taser, Pearson said. The operator could use it as a blunt force weapon, or use the electric shock feature to zap an adversary, he noted.

According to nationaldefensemagazine.org, the electric shock can penetrate up to two inches of soft body armor, he said. The device was designed not to have any long-term health effects. Its exponential decay waveform would mitigate the risk of unintended deaths that have sometimes occurred with other “non-lethal” weapons, he said.

The device has been demonstrated to the US military and the Department of Justice at various venues but the company has yet to receive any purchase orders.