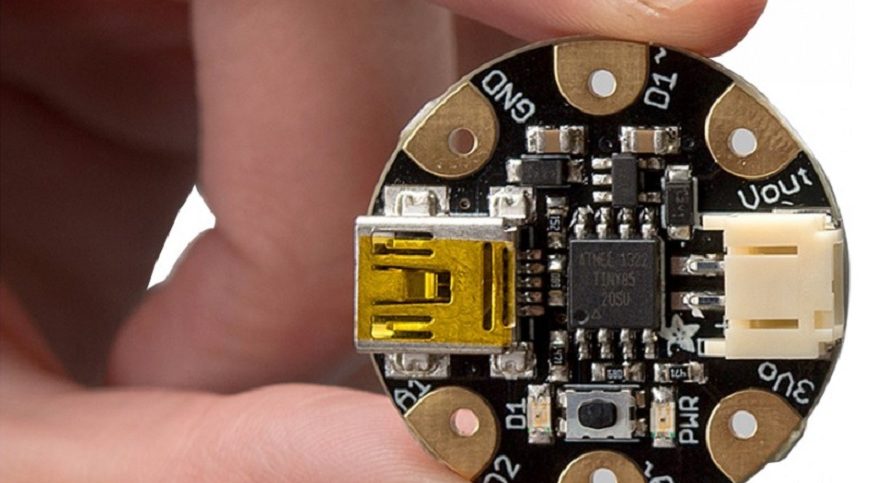 The demand for compact, lightweight and portable sensors having the capacity to connect to smartphones and laptops or computers is increasing. Among these are compact devices for the detection of chemical threats. A wearable sensor that detects external chemical and biological threats has been developed recently. It is designed as a ring, is light-weight and wirelessly connectable to smartphones and laptops.

The project was funded by the US Defense Threat Reduction Agency Joint Science and Technology Office for Chemical and Biological Defense have funded the project.

A team of researchers from the University of California, San Diego, led by Joseph Wang, has created a sensor and designed it as a ring wearable on a finger. The ring consists of two parts, an electrochemical sensor cap for detecting chemical and biological threats, and a circuit board below the cap for processing and sending data wirelessly to a smartphone or laptop.

It is functional for voltammetric and chronoamperometric measurements, which allow the ring to detect a large area of chemical threats. The team introduced the sensor to explosives and organophosphate nerve agents. The ring was highly functional and could detect the desired data in both forms – in vapor and liquid phases, reports coherentnews.com.

The developers believe that the device could detect or study other hazardous environmental or security agents at a later stage.

Various aspects of future forces technologies will be at the center of the coming Future Forces Conference and Exhibition organized by iHLS on May 9, 2018. The event that will be held at the Lago Conference Center, Rishon LeZion, will gather the ecosystem’s leading defense industry representatives, experts from the armed forces, police and security services, entrepreneurs and investors.

Better Connectivity is the Name of the Game