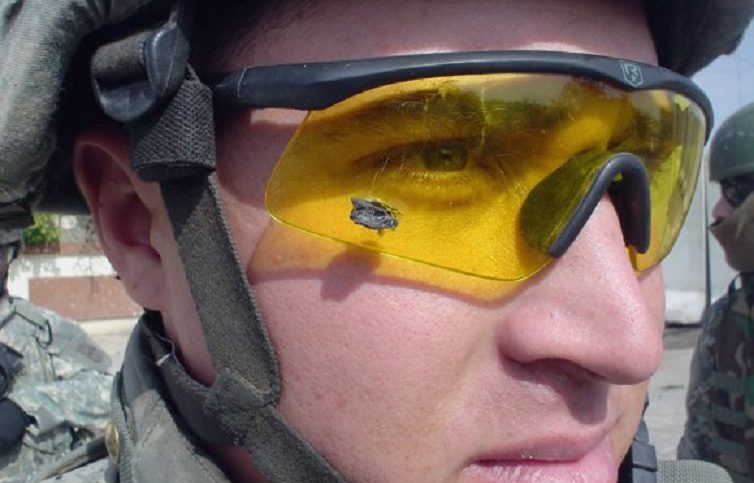 Augmented reality (AR) glasses can already do a lot of tasks: Driving along the highway with directions and other pertinent information such as gas stations appearing “on” glasses so you don’t have to look away from the road. Or building a complicated DIY project with step-by-step instructions appearing “on” your glasses. Or being a first-responder unsure which way to go, receiving information from central headquarters “on” your glasses. However, current models are very heavy, big and clunky, and use a lot of power. Most people, especially those in the field, cannot wear them comfortably for very long.

A new solution for use in augmented reality (AR) glasses was developed by an interdisciplinary research team. The revolutionary lightweight glass is able to dynamically monitor the wearer’s vision and display contextual images that are vision-corrected. The product is designed to be a key technology enabler for the Department of Defense, industry, and the general public.

The researchers from the Columbia School of Engineering in collaboration with colleagues at Stanford, UMass Amherst, and Trex Enterprises Corp., were awarded a $4.7 million, four-year grant from the Defense Advanced Research Projects Agency (DARPA).

Team leader Michal Lipson says of the project: “ Our ultimate deliverable will be an ultra-high-resolution, see-through, head-mounted display with a large field of view and vastly reduced SWaP [size, weight, and power consumption], coupled with the ability to correct users’ ocular aberrations in real time and project aberration-corrected visible contextual information onto the retina.”

According to mil-embedded.com, the AR glass that the project is working on relies on the ultrafast generation of arbitrary wavefronts, both in visible (VIS) and near-infrared (NIR) wavelengths. Fast arbitrary wavefront generation in these spectral ranges has been one of the major challenges in optics. Commercially available spatial light modulators based on liquid crystal cells and MEMS [microelectromechanical systems] mirror arrays fail to solve the problem because they lack modulation speed and spatial resolution.