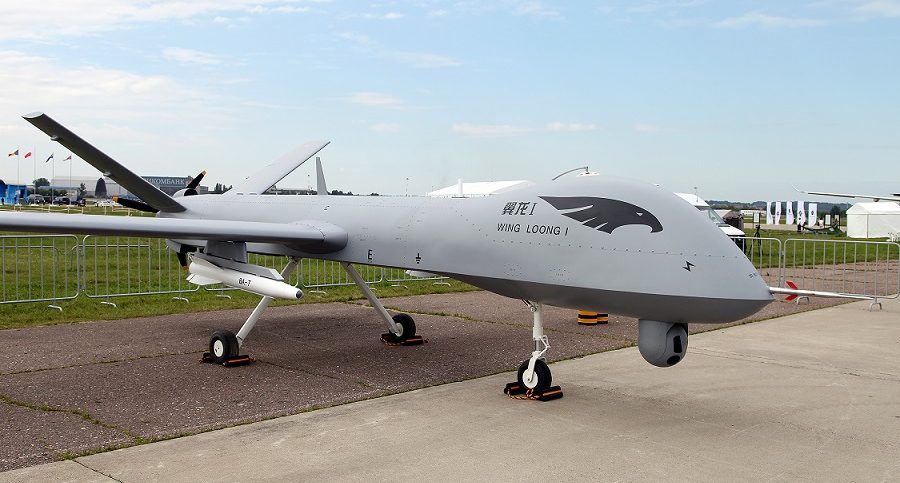 China is showcasing a new development in the attack and surveillance UAV field. The Aviation Industry Corporation of China AVIC will launch a new variant of the Wing Loong-series of medium-altitude long-endurance (MALE) UAV. AVIC subsidiary CADI will conduct the maiden flight of the Wing Loong ID in 2018. The UAV will also enter the market by the end of this year.

The Wing Loong ID will be a direct improvement of the Wing Loong I, which first flew in 2007 and has been exported to foreign customers (especially in the Middle East). CADI claims that the new version will be more capable and more affordable than the Wing Loong I. As reported by quwa.org, changes include an increase in flight ceiling, endurance, internal and external payload along with a higher-output engine. It is the first generation of improved reconnaissance-strike UAS in China.

According to xinghua.net, the Wing Loong ID is completely made of composites and newly designed to meet the requirements of the market. It has the optimization of the aerodynamic layout. The Wing Loong ID can play an important role in security, such as intelligence acquisition, surveillance, reconnaissance, counter-terrorism, border patrol, the fight against drug trafficking, and smuggling.

Moreover, it is capable in the civilian domain, such as territorial resources surveys, pipeline inspections, as well as disaster monitoring and evaluation.

UASvision.com notes that the Wing Loong series competes with fellow-AVIC subsidiary CASC’s CH-4-series in the market of strike-capable ISR (intelligence, surveillance and reconnaissance) drones. Between the two, AVIC has been able to secure a leading position in the Middle East and Central Asian markets. Saudi Arabia is believed to be among the Wing Loong’s users, though it is unclear if Riyadh is behind the marquee purchase of Wing Long II, the first major iterative variant of the Wing Loong and CADI’s largest overseas drone sales to-date.