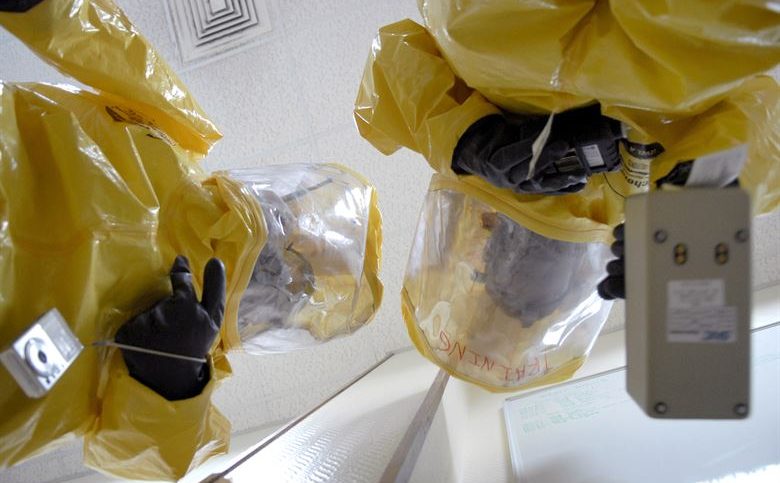 A new vest will help law enforcement and military agencies search for nuclear material without being noticed. “The idea was pretty simple — we wanted people who might be looking for nuclear material to not look like that’s what they were doing,” said Douglas McGregor, professor of mechanical and nuclear engineering who led the team. The technology was designed at Kansas State University in conjunction with two companies.

The researchers developed and tested efficient but small radiation detectors. Neutron detectors, once bulky boxes, are now so small they resemble a smartphone and can be operated with relatively little power, he said. The result was a black no-frills multi-pocket vest that looks like a fisherman’s jacket. Dozens of pockets hold 16 modules, each with 24 sensors in various places around the body, reports cjonline.com.

Those sensors allow the wearer to easily walk around a crowded event space, a car at the border and crates in a shipping yard without being conspicuous. An app installed on an Android phone communicates with the sensors and provides real-time readings of radiation in the environment.

The most obvious application of the vest is in military and law enforcement operations, but McGregor said the vest would be useful for Department of Energy personnel inspecting nuclear power plants. Like security agencies searching for dirty bombs, civilian nuclear inspectors also carry bulky equipment and could benefit from smaller devices.

Radiation Detection Technologies Inc. brought the vest to the commercial market last year, and founder and said the product has already seen interest from the U.S. Department of Defense, the U.S. Military and various law enforcement agencies.

“You can wear this under your clothes and basically no one would know you’re looking for a dirty bomb or high levels of radiation,” according to the company.

Alvion Science and Technology was the primary private contractor involved in the project. It was funded through the Defense Threat Reduction Agency.