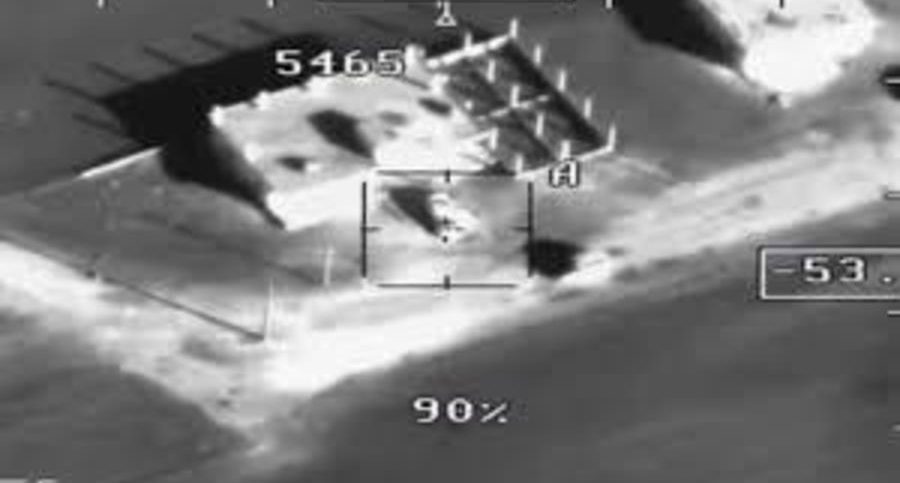 Last week, 13 drones were flown from the Idlib area in Syria to targets about 50 kilometers from there, and tried to attack Russian army bases. These attacks were thwarted by Russian anti-air weapons and electronic warfare.

The Russian military says it used 152mm Krasnopol laser-guided artillery shells to kill the individuals responsible for the mass drone attacks on its Khmeimim air base and Tartus naval base in Syria and to destroy the workshop where militants assembled and stored the unmanned aircraft.

The Russian Ministry of Defense announced that special operations forces, working together with military intelligence elements, had established the whereabouts of the militants involved in the mass drone attacks in Syria, which occurred on Jan. 5, 2018. The special operators and Russia’s own drones overhead then monitored the site before calling in the precision artillery strike using 152mm Krasnopol guided artillery shells.

“When the terrorists arrived at the facility where they were to board a minibus, the whole subversive group was eliminated by the Krasnopol high-precision munition,” the Ministry’s statement said, according to thedrive.com. Separately, “Russian military reconnaissance” located the assembly and storage facility, which the Kremlin’s forces destroyed with another Krasnopol, the statement continued.

The howitzer-fired Krasnopol has a effective range of approximately 19 kilometers, while portable laser designator and targeting system Russian troops typically use in conjunction with the shell has range of less than 5.5 kilometers. The firing sequence involves troops in the field determining the basic map coordinates and transmitting that information back to the firing unit, who uploads the data into the shell’s inertial mid-course guidance system.

The latest Russian Ministry of Defense statement still did not name the group the Kremlin believes was responsible for the attacks, but did say they were the same militants who had killed two Russian personnel at Khmeimim air base in a separate attack on Dec. 31, 2017. A previously unknown group, the Free Alawites Movement, has now claimed responsibility, but there has been no independent confirmation and it’s not clear if that group is actually active in Syria.

Last week, during a meeting with editors of Russian state and private national news agencies, Putin said that Russia knew who the attackers were, where they were broadly, and how much they had “paid for these provocations,” but did not reveal their identities or affiliations. The Russian president said the attack had been a deliberate attempt to drive a wedge between his country and its partners in Syria, including Iran and Turkey.

“There were provocateurs there, but they were not Turks,” Putin said, appearing to dismiss earlier Russian allegations that Turkish-backed rebels were behind the incident. “We know when and where those unmanned aerial vehicles were handed over and how many there were.”

In addition, Putin had again stressed that the drones were too sophisticated for militants to have developed them with significant outside support. This has been a particularly important point of contention for the Kremlin, since the Russian president declared victory over terrorists in the country during his December 2017 visit to Khmeimim.

“Those aircraft were only camouflaged – I want to emphasize this – to look like handicraft production,” Putin said. “In fact, it is quite obvious that there were elements of high-tech nature there.”

‘Automated’ VS, ‘Autonomous’ Technologies – What is the Difference?

Disappearing Drones: the Future of Covert-Ops