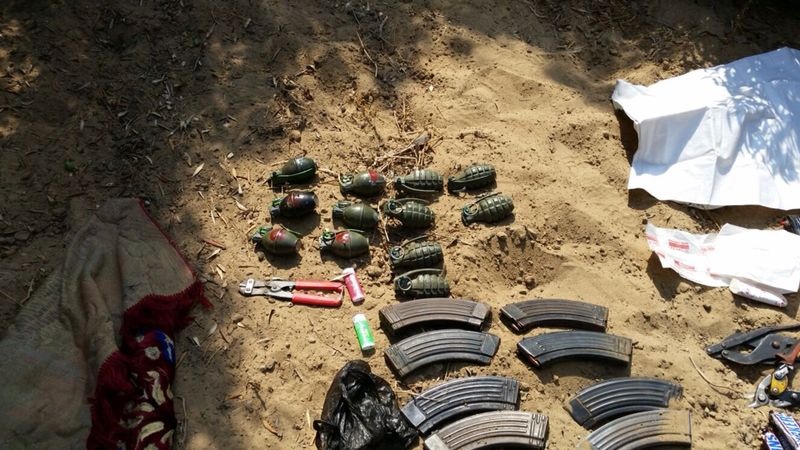 Many U.S adversaries have one thing in common: the need to counter the U.S. military’s monitor-and-strike capabilities by building vast subterranean tunnel complexes. Now, the Defense Advanced Research Projects Agency, or DARPA, announced a new grand challenge in search of new tech to map, navigate, and locate underground facilities.

Tunneling is once again rising in importance as adversaries seek to evade the ever-growing number of cameras and sensors that the U.S. can employ to photograph and collect intelligence on the Earth’s surface.

Much of North Korea’s weapons development has taken place underground and away from U.S. sensors, satellites, and spy planes. In 2015, South Korean military leaders said their neighbors to the north may have built 6,000 to 8,000 underground facilities in North Korea, including a 1,800-meter underground runway to launch planes.

ISIS has started attacking buildings, street intersections, and other targets via underground tunnels rigged with explosives. “The use of tunnels for IEDs (Improvised Explosive Devices) and other purposes will continue to provide a low-risk strategic advantage to extremist organizations and therefore requires continued development efforts and fielding of effective mitigation techniques,” according to a 2015 brief from the Joint Improvised-Threat Defeat Organization.

As the war continued, ISIS’s use of tunnels evolved as a means to launch sneak attacks and collect intelligence with cheap drones.

“Underground settings are becoming increasingly relevant to global security and safety,” DARPA program manager Timothy Chung said in a taped segment announcing the challenge. “Rising populations and urbanization are driving the demand to not only build up but also to build down…subterranean environments have remained an untapped domain in terms of developing breakthrough technologies for national security.” In other words, the world needs more tunnel tech — and the sooner the better.

“We’ve reached a crucial point where advances in robotics, autonomy, and even biological systems could permit us to explore and exploit underground environments that are too dangerous for humans,” said Fred Kennedy, who directs DARPA’s Tactical Technology Office.

According to defenseone.com, teams will tackle challenges in human-made tunnels, mass transit tunnels and natural caves. The final tunnel tech competition will take place in 2021.