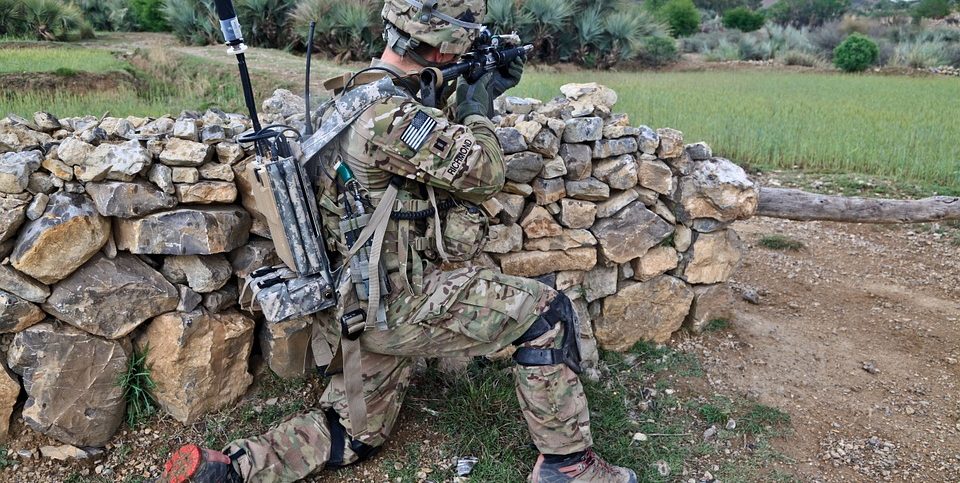 Traditional visual camouflage will no longer be adequate in future operating environments against more capable U.S. adversaries, one intelligence official believes. “The Marine Corps really has to get better at keeping our activities, our movements and our presence masked in the current electromagnetic environment where it is incredibly easy for adversaries … to identify and locate people, capabilities and forces,” a senior Marine intelligence officer said. Electronic camouflage becomes an essential element in the future battlefield.

This is not unique to the Marines ― the Army is also grappling with this problem.

“We can get all camouflaged up, we can hide in holes, we can put camouflage nets on, wear ghillie suits, camo up our faces, color our teeth green and you can’t see us at all until I push the button on my radio to talk, to tell my boss: ‘Hey, I’m here,’ ” said Col. Jeffery Church last year when he was chief of strategy and policy at the Army’s Cyber Directorate within G-3/5/7.

” All that physical camouflage from the eyeball just went away because now you’re broadcasting in the spectrum. So we can show that to commanders and they can start getting an appreciation of how the spectrum is a capability for them and a vulnerability,” he said at the time.

The Marines are implementing policies, tactics, techniques and procedures into exercises. They are taking a look at themselves in the field, he explained, trying to understand what the Marine Air Ground Task Force looks like from an electromagnetic spectrum perspective when it’s running around an exercise environment.

Understanding these signatures is incredibly important, he said, because the U.S. must “get on top of this before the adversary makes us pay the price.”

According to c4isrnet.com, the Marines have also experimented with tools to help them not only understand their signature, but plan and visualize effects in the nonphysical electromagnetic spectrum with solutions like RadioMap, developed by the Defense Advanced Research Projects Agency in partnership with industry.

RadioMap is a software-based geographic information system framework allowing for customizable plugins using heat maps of the radio frequency picture and regions where devices might be emitting.

Though commanders will often take a risk-management approach, sometimes deciding to entirely cut off communications as to not risk EMS detection, Dave Ochmanek of the think tank Rand doesn’t believe this will completely solve the problem against a near-peer competitor in the future operating environment.

Just reducing the comms footprint alone won’t work, given adversaries’ detection capabilities such as electro-optical sensors and syntactic aperture radar. Thus, he said during the same panel, a strategy for reducing detectability has to be part of a broader strategy that takes into account these advanced sensing capabilities.

Unlike the last 16 years of war against a technologically inferior enemy, “now we may face actors that have more sensors, looking at us [more] than we do at them,” Ochmanek said.

Chudoba believes the U.S. stands to learn from Russia and its use of electronic warfare. “I think we can learn from our Russian friends if we rewind the movie and look at what they did on the global stage over the last decade or so,” he said.