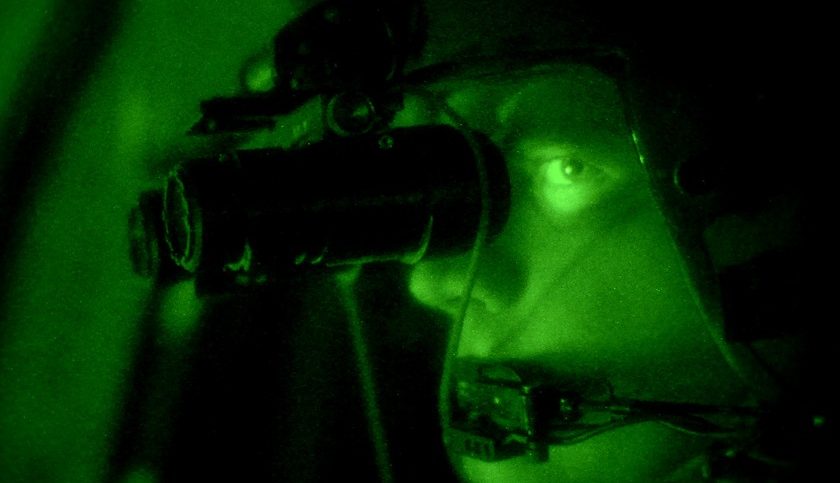 During the recent presentation of the Pentagon’s development, the US Army’s Communications Electronics Research, Development and Engineering Center (CERDEC) and Army Research Lab (ARL) demonstrated the prototype of their TAR device that would give soldiers “situational awareness” on the battlefield.

The technology adds artificial elements such as icons and graphics on top of what a soldier would normally see and provides them with real-time information such as maps, navigation and the locations of enemies and friendly units, all through the Heads Up Navigation, Tracking and Reporting (HUNTR) system. According to rt.com, the Army hopes the technology will increase a soldier’s ability to maneuver the battlefield more effectively and hopefully save lives. Richard Nabors, an associate for strategic planning at US Army Research, says TAR will eventually replace a soldier’s standard GPS and night vision devices.

The HUNTR system has an eyepiece connected to a soldier’s weapon, allowing them to see an image of what the gun is pointing at. Sensors in the system would provide the soldier with additional details, such as the distance of the target. Those images can then be sent to other members of their team through a wireless system. The eyepiece is also designed to be split screen – so a soldier could point their gun in the opposite direction they are walking and see behind himself, or, a soldier could point their gun around a corner to see what is on the other side without exposing themselves.

The Pentagon’s Defense Advanced Research Projects Agency (DARPA), CERDEC and ARL have all been trying to develop the technology behind the HUNTR system since the 1980s.

In 1991, a program called Land Warrior emerged when an Army study group recommended the service “look at the soldier as a complete weapon system.” They were awarded a contract and built a system that allowed commanders to track where troops were in real time. However, the cost of 18 kilograms of extra gear skyrocketed past $85,000 per soldier and the program was canceled in 2007.

The program was saved when the Army began using off the shelf commercial products such as Google Glasses and smartphones which brought the price down. That project, known as the Nett Warrior, was also canceled but each subsequent project gave the Army a platform to continue working on the system that was unveiled recently.

David Fellowes, an electronics engineer at CERDEC, said the latest big challenge was making a high-definition image small enough to fit into a soldier’s eyepiece. They finally made the breakthrough in 2010, when they were able to compress the image into a 2.5-centimeter screen, but only in black-and-white Fellowes explained. CERDEC is currently working on more advanced versions that are in full color and with augmented images that are visible in daylight.