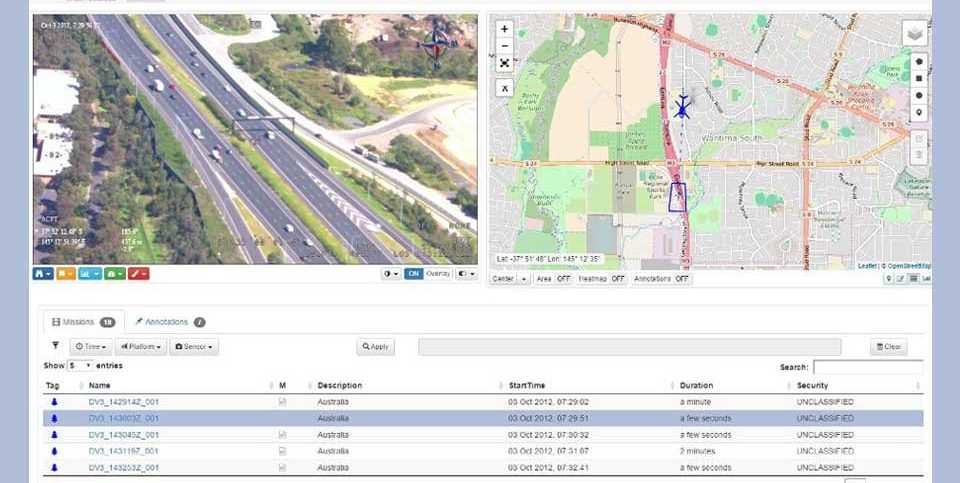 One of the most significant trademarks of recent years regarding communication is the incredible overflow of information and data. From this large mass, people need to retrieve the part that’s relevant for their use. The issue is especially difficult to deal with when you’re coping with hundreds of different unmanned aerial vehicles which gather their data during dozens on dozens of hours using different and incompatible formats of footage.  The demand for a method which will be able to find when and where a specific event was recorded has become a serious challenge.  The real revolution would be finding a way to efficiently search one’s archive.

Precisely to give an adequate solution for these problems, explains ImpleoTV CEO Alex Chernilov, his start-up was developed. ImpleoTV, which participates in the iHLS security accelerator, is developing a system that uses a software which can sort footage based on a high amount of criteria – time, place and so on. Chernilov said: “I’ve been in this business of sorting, storing and searching footage from digital devices for a long time. You can really see how during the last few years people are having more trouble sorting their footage efficiently. It was only a matter of time until someone would come with a solution, which you can see by the demand in the market caused trouble for a lot of big companies”.

That’s a key point to emphasize – the demand for a sorting solution is so high that large companies are willing to “settle” for a product that isn’t completely ready yet, since they understand it will be a great aid in the future.

One of the biggest differences between ImpleoTV and the competition is the simple interface. Other companies require complicated mechanisms to be installed, this system is available from any computer for its registered users.

Chernilov explained about the company’s targets in the future: “Currently we’re answering questions like where and when was something recorded and helping companies enter the international market. The direction we’re working towards currently is that the device will understand what it’s recording and what are its implications”. If this vision comes to materialization, it holds a huge revolution beyond the current version of the system. This development would enable one to easily find a hole in a fence for example, since you could see where it was recorded.

While homeland security is the most obvious application for the system, this technology is also used by ImpleoTV’s customers in the oil and gas industry, ROV operators as well as by the emergency services.