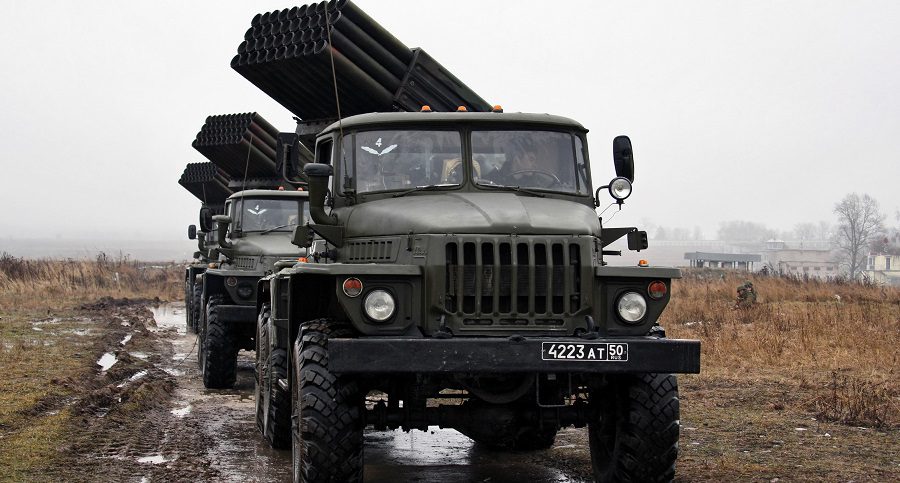 What weapons Russia is deploying against Ukraine? While many of the weapons systems so far used during the Russian invasion have been largely conventional – including versions of the T-72 tank and BMP3 armored fighting vehicles – and Mi8 and Ka-52 helicopters, concern has been raised over the Russian use of Kalibr cruise missiles, particularly against urban areas. There have been reports of Kalibrs – which can be fired from ships, aircraft and submarines – being used against Kyiv and also against the southern port city of Odesa.

One of the most feared weapons systems in Russia’s conventional armory is the TOS-1, nicknamed the “Buratino” – a multiple launch rocket system mounted on the chassis of a T-72 tank capable of firing thermobaric rockets which use oxygen from the surrounding air to generate a high-temperature explosion.

The TOS-1 was used most recently in Syria. The deployment of the TOS-1 comes as Russian forces and separatist allies have already used the indiscriminate BM-21 “Grad” multiple launch rocket system during the course of their invasion of Ukraine, according to theguardian.com.

Taking a closer look at the imbalance between the weapon arsenals of Russia and Ukraine, here are just a few examples: Russia has more than 15,857 armored fighting vehicles, in comparison to Ukraine’s 3,309.

It has more than 10 times the aircraft — 1,391 to Ukraine’s 128, and 821 helicopters to Ukraine’s 55, including Navy aircraft, according to the IISS Military Balance report published last week.