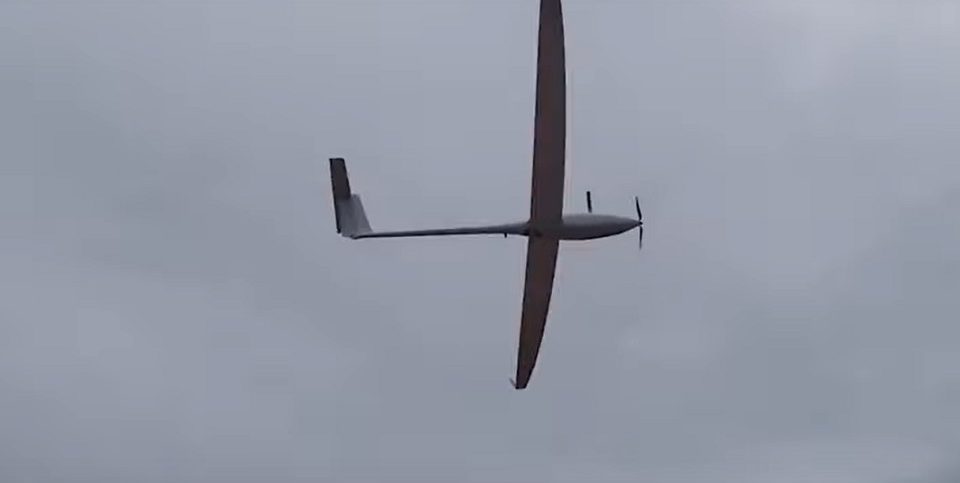 A new type of electric, fixed-wing drone has achieved a world record for time in the air using thrust. The drone is a next-generation observation, intelligence, and analytics platform.

The K1000 ULE Rev-P, from Kraus Hamdani Aerospace, or KHA, completed a non-stop 26-hour flight under continuous thrust – a world record for an electric drone in its size and weight category.

​​Comparable drones flying up to 20,000 feet above sea level boast a much lower endurance time under thrust, about 5 to 8 hours or so. Larger drones flying at much higher altitudes—where there is less gravity and air resistance—can stay up longer. But for smaller drones—which are harder for radars to pick up—staying aloft for long at 20,000 feet is very energy-intensive, hence the lower endurance.

The 16-foot-wingspan drone has a Beyond Line of Sight (BVLOS) operational range, and is operational in GPS denied environments.

The company has no plans to try and arm the drone, but an all-electric drone with that endurance could still have big effects on the battlefield, not only collecting intelligence, surveillance, and reconnaissance data, but also potentially serving as a communication link between objects on the battlefield, according to defenseone.com.

It could serve as a sort of cell tower in the sky, as a link between Low Earth Orbit satellites and ground forces, or as an electronic warfare asset to block or disrupt adversary communications.

The breakthrough comes as the U.S. military and the Army in particular struggles with connecting an ever-wider array of weapons, vehicles, and objects on the battlefield, part of an overall vision for transforming and accelerating operations called Joint All-Domain Command and Control, or JADC2.

The military is also grappling with how to extend its range over the vast distances of the Pacific Ocean and do so with limited runway space as it prepares to counter China.

The company said it plans to take part in the U.S. Army’s next Project Convergence exercise set for later this summer.