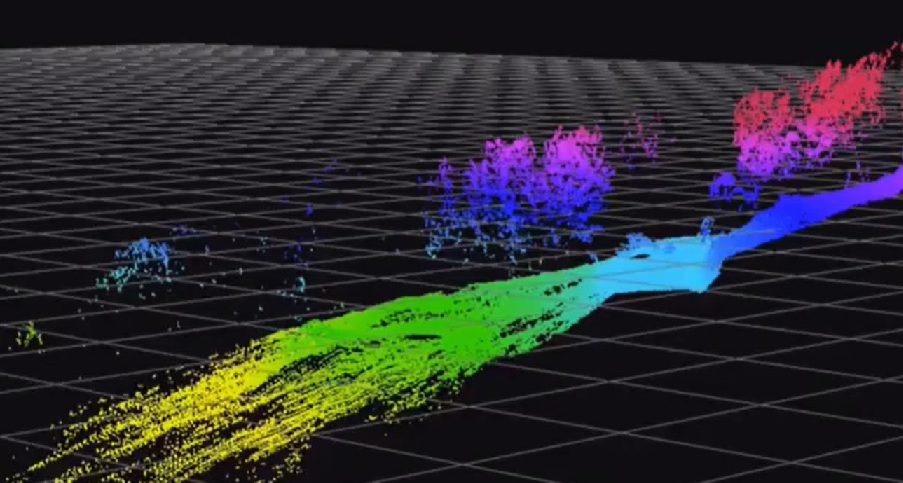 Understanding the severity and distribution of a fire within a forest can assist with estimating and modeling future forest fires. Unmanned aerial vehicle LiDAR (Light Detection and Ranging) technology can be applied in fire risk prediction. A forest fire site was assessed using both high-resolution LiDAR captured from a drone, and satellite optical imagery to appraise the potential of this approach for the future.

Satellite optical imagery is not able to penetrate through the canopy down to the low-level vegetation and the ground below. Low altitude UAV LiDAR overcomes this constraint. Lasers can penetrate through the gaps in the foliage and the resulting 3-dimensional point cloud displays the canopy, the lower vegetation and the ground beneath. Individual trees can be detected and the vertical profile of the canopy and vegetation can be viewed.

In this study, the research team at Toledo University surveyed the 2017 Yeste forest fire site in the province of Albacete, SE Spain. The survey was undertaken using the Routescene UAV LiDAR system and data analysis in Routescene’s LidarViewer Pro software to establish ground from non-ground points to then create Digital Terrain Models (DTMs) and Canopy Height Models.

Relatively few studies have used LiDAR drone data to characterize crown damage after fires at the individual tree level. The team could distinguish crown fire from surface fire through changes in the understory Leaf Area Index and understory and midstory vegetation. They found that unburned and low-severity burned areas were more diverse in tree structures than moderate and high severity burned ones.

The project demonstrated the potential to distinguish post-fire plant structures in detail using UAV LiDAR data. When crossed with satellite-based fire severity metrics, the high-resolution results allow researchers to estimate the impact of fire on single trees, not just whole forested areas, using metrics that are ecologically meaningful, according to suasnews.com.