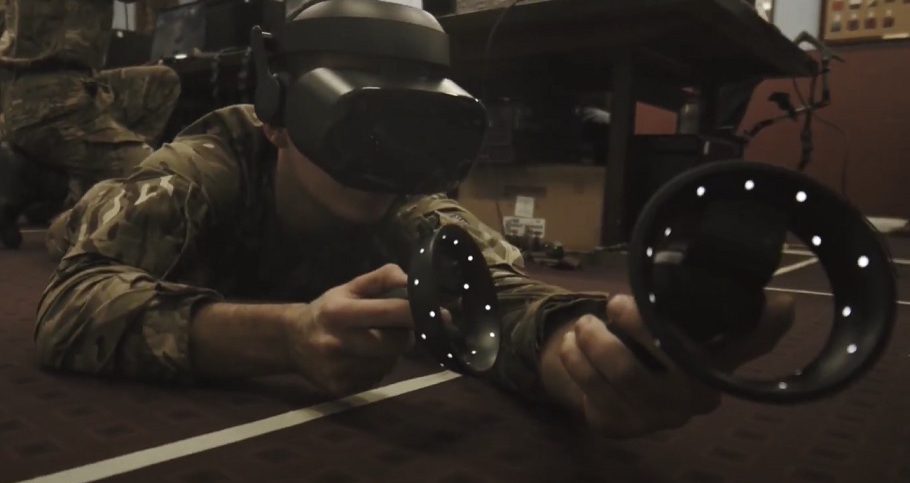 Rather than click a mouse while sitting at a desk, soldiers will be able to hold a virtual gun and crouch and crawl when necessary, just as they would on a real-life exercise, using technology drawn from the world of gaming.

As part of the British Armed Forces’ training program to support and enhance real-life training exercises, the Ministry of Defense will try a new virtual reality platform for military personnel in an effort to make training more realistic, intuitive and immersive.

The Saf-Tac simulator that will be developed by SimCentric has undergone successful trials with the Parachute Regiment and Infantry officers. Further tests with the Army, the Royal Air Force and the Royal Marines will take place later this year.

It can be used by more than 30 personnel at a time and uses “intuitive gesture control” to match real actions on the battlefield, as high-definition surround sound and realistic graphics bring scenarios to life. The system supports various training use cases, including dismounted close combat and vehicle-based training. It can be easily adapted to bring in new content, functionality and geo-specific or geotypical terrains.

The trials will focus on the assessment of the solution, a validation of the immersive reality concept and comparison with current in-service solutions, as well as platoon-level collective training trials in a variety of use-cases, according to personneltoday.com.

This Battlefield Simulation Opens a Window to the Past