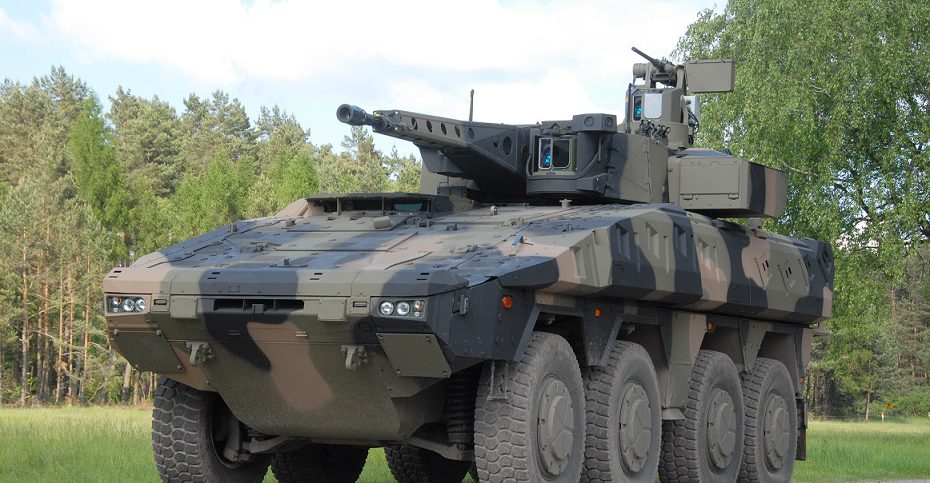 The PROTECTOR RS4 is a highly flexible system designed for small and medium caliber weapons. The system uses 360-degree high-definition long-range cameras attached to the outside of the vehicle to scan for enemy threats, even when Boxer is moving at speed. The RWS then alerts soldiers inside the armoured Boxer through a digital display – so they can keep a permanent watch outside while remaining safely inside the vehicle.

The fully stabilized 2 + 2 Axis (Detached Line of Sight) system enables the gunner to keep his sights on target, independent of ballistic solution for the weapon and ammunition in use. The system is platform-independent and can be operated both by land and sea platforms.

The Acusonic Shot Detection System is designed to accurately sense and report the direction of incoming enemy fire.  The system will give the Boxer vehicle’s crew the critical situational awareness to react to threats.

Thales UK, as a strategic partner to Kongsberg Defence and Aerospace, will fully assemble and integrate 500 RWS and deliver 500 Acusonic automated threat warning systems onto Boxer vehicles over the next 10 years, as part of the UK MOD’s Mechanised Infantry Vehicle (MIV) program. The contract is worth £180 million ($252.3 million), according to defenseworld.net.