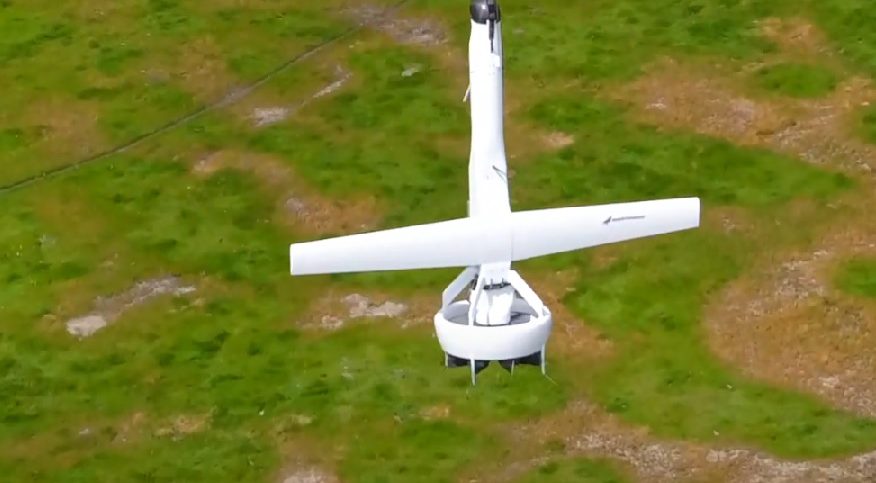 UAVs are truly effective if they can collect sensor data resulting in actionable intelligence. A new long-endurance surveillance drone that can provide these capabilities will be tested for the Canadian Coast Guard. The UAV was selected to provide the unique ability to combine take-off and landing from the small confines aboard ship with the long endurance of a fixed-wing aircraft while carrying multiple sensors.

The MartinUAV V-BAT aircraft was selected by the Defence Research and Development Canada (DRDC), an agency of the Department of National Defence.

The V-BAT UAV is a fixed-wing vertical take-off and landing (VTOL) aircraft specifically designed to operate from very small spaces on ships, land, and nearly any environment. The V-BAT is a long-endurance aircraft capable of carrying multiple sensors, including land and maritime wide area surveillance.

The aircraft will communicate with Kongsberg Geospatial’s sensor data management system, called MIDAS, which allows a range of sensor data, including full-motion video from unmanned systems to be processed and exploited in near real-time by analysts on board Canadian Coast Guard ships.

MIDAS provides the capability to compare historical and live data from the mission area, and to examine sensor data with a variety of tools, including motion and object detection, in near-real time. This near real-time analytical capability can greatly enhance the effectiveness of UAVs for a variety of mission types, according to the company’s announcement.

MIDAS is derived from technologies created for the NATO Alliance Ground Surveillance project which required the storage and retrieval of vast amounts of intelligence data for Intelligence Analysts.

The combination of the V-BAT and the MIDAS sensor data management system will allow Coast Guard vessels to significantly expand their surveillance range for search and rescue missions, and for the surveillance of the movement of icebergs, without requiring the use of manned aircraft. In a search and rescue context, the combination could mean using infrared sensors, or near real-time motion detection to locate a subject when visibility or weather conditions are poor.

Vertical Takeoff and Landing at Sea – S-100 Demonstrating its Capabilities