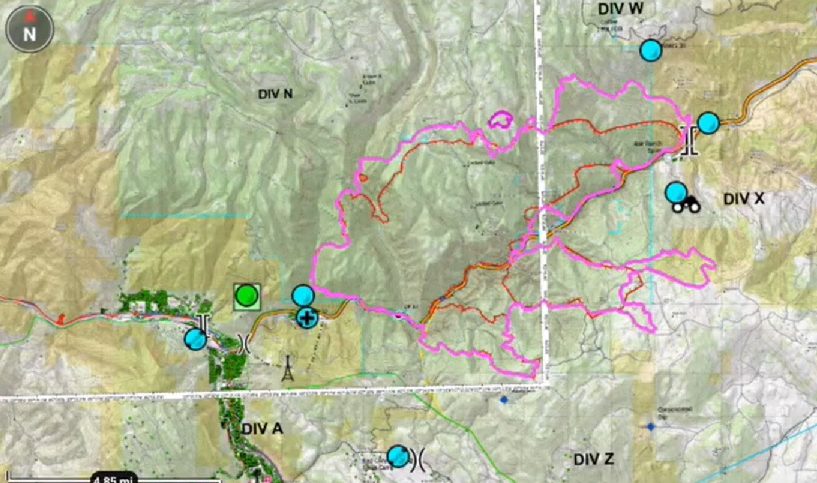 Most of all, firefighters need situational awareness and communication capabilities to mitigate fires effectively and safely. A new technology – the Team Awareness Kit, or TAK – has been designed to track multiple elements of a firefight in real time, including the location of crew members, the distribution of equipment, and, most importantly, the spread of the fire.

The technology was first developed by the US Department of Defense to map combat operations and troop positions, but in 2018, the federal government granted the technology to local law enforcement and emergency teams. Fire crews have adapted the technology to wildland helicopters, allowing the topographical map to register, and superimpose infrared footage from the air.

In 2020 the U.S. Forest Service awarded a grant to the Center of Excellence for Advanced Technology Aerial Firefighting (CoE) to develop a TAK capability for wildland fire and conduct a pilot project deployment of the technology on a wildland fire.

The center stood up a TAK server that ties all TAK users together and integrated this server with the Enterprise Geospatial Portal, a federally developed website containing fire maps and other intelligence.

The platform allows firefighters to see exactly where the fire is burning, where the firefighters are, and get intelligence in real time on the behavior and activity of the fire. This allows more effective coordination between the team members.

By coordinating the location and data points on the “Google Maps for a wildland firefighter,” teams are able to more effectively distribute equipment, better predict the spread of the flames, and keep their teammates safer.

An opportunity to pilot TAK came in August 2020 on the Grizzly Creek Fire in Western Colorado.

A total of 28 phones were deployed with firefighters for 13 days. On average, firefighters’ positions were updated every 129 seconds. In addition, wildland firefighters participating in the pilot project received regular updates of incident maps and information on their phones through the TAK app.

App that Can Help Evacuate Residents Threatened by Disaster