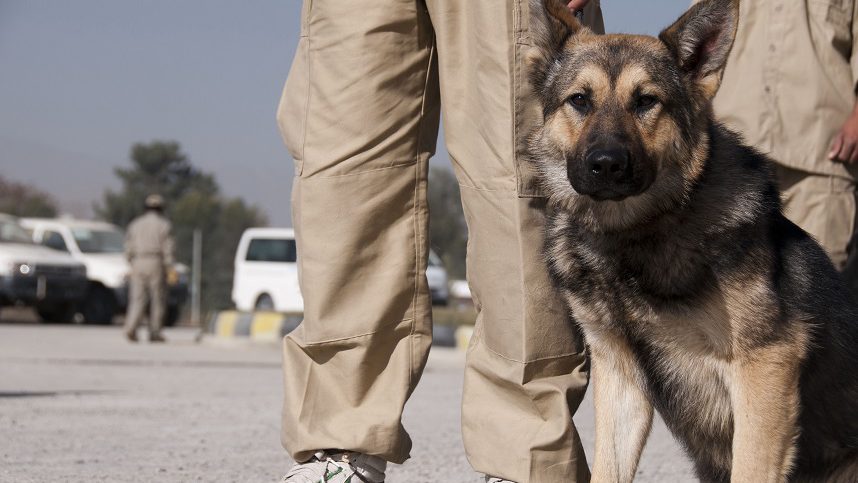 Trained dogs are incredible chemical sensors, far better at detecting explosives, narcotics and other substances than even the most advanced technological device. But training them with real hazardous substances can be inconvenient and dangerous.

NIST scientists have been working to solve this problem using a jello-like material called polydimethylsiloxane, or PDMS for short. The material absorbs odors and releases them slowly over time. Enclose it in a container with an explosive or narcotic for a few weeks until it absorbs the odors, and you can then use it to safely train dogs to detect the real thing.

But a few weeks is a long time, and now, NIST researchers have developed a faster way to infuse PDMS with vapors.

Warming compounds found in explosives cause them to release vapors more quickly, then capture those vapors with PDMS that is maintained at a cooler temperature, which allows it to absorb vapors more readily. This two-temperature method cut the time it took to “charge” PDMS training aids from a few weeks to a few days.

“That time savings can be critical,” said NIST research chemist Bill MacCrehan. “If terrorists are using a new type of explosive, you don’t want to wait a month for the training aids to be ready.”

Dinitrotoluene (DNT) is a low-level contaminant present in TNT explosives but the main odorant that dogs respond to when detecting TNT.

While this study focused on DNT as a proof of concept, MacCrehan says he believes the two-temperature method will also work with other explosives and with narcotics such as fentanyl, according to homelandsecuritynewswire.com.

AI Tech to Inspect Your Vehicle