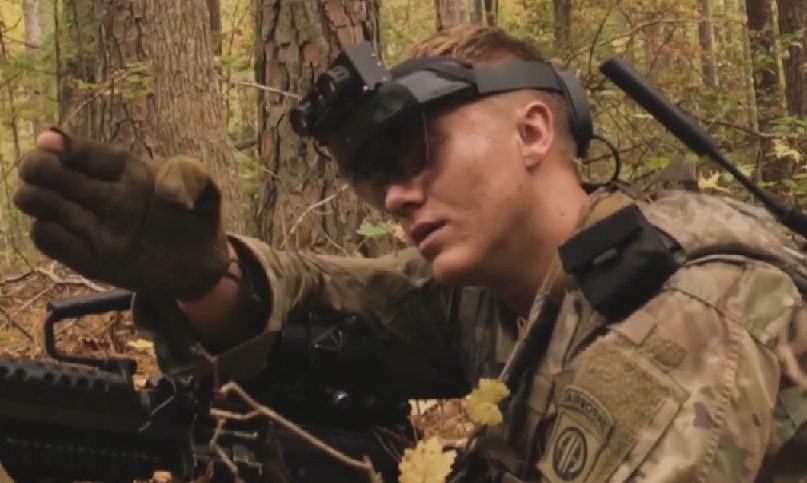 Advanced military fighting goggles have been evaluated by US soldiers. The third Capability Set of the Integrated Visual Augmentation System (IVAS) was tested by airborne soldiers and Marines during October 2020.

The Army is developing IVAS as a single platform that allows the warfighter to Fight, Rehearse, and Train. It integrates next-generation 24/7 situational awareness tools and high-resolution simulations to deliver a single platform that improves Soldier sensing, decision making, target acquisition, and target engagement. The visibility that it gives to higher command and control is unparalleled, according to army.mil.

The project was initiated in response to erosion in close combat capability relative to pacing threats identified in the 2018 National Defense Strategy. These capabilities will provide the increased lethality, mobility, and situational awareness necessary to achieve overmatch against US current and future adversaries in any domain.

The project uses Soldier Centered Design (SCD) to evaluate the IVAS military fighting goggle through operational evaluations. Soldier involvement and engagement at every stage of prototype development has allowed the fast-paced rapid prototype effort to ensure that the final product.

The first IVAS militarized form factor prototype was put through tactical exercise lanes, advance marksmanship, land navigation and squad reconnaissance, movement to contact with hasty attack, and enter and clear a trench to validate the military utility that the technology brings to the squad both day and night. The Soldiers and Marines spent a week learning the new equipment before using it in the various operational tests.