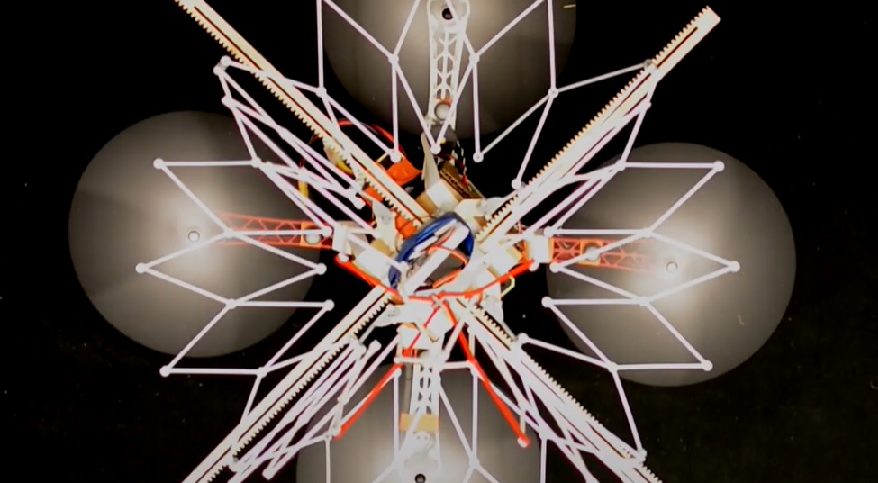 Drones are becoming a more ubiquitous part of our everyday lives, taking on tasks from inspecting bridges for cracks to delivering packages to your doorstep. But as these machines proliferate in homes and workplaces, safety will be more important than ever.

A newly developed technology inspired by the undersea world could make flying drones safer. A team of engineers at the University of Colorado Boulder has designed a robot that operated like a pufferfish – that will blow up like a balloon to scare you away if you get too close.

The PufferBot hovering quadcopter drone comes complete with a plastic shield that can expand in size at a moment’s notice — forming a robotic airbag that could prevent dangerous collisions between people and machines.

As graduate student Hooman Hedayati explains, “what happens if (a drone) falls on someone and hurts them? Technologies like PufferBot can help.” Those kinds of accidents aren’t just a future problem. Those kinds of dangers could make many people (justifiably) wary about inviting robots into their homes.

In practice, PufferBot looks less like a fish and more like a Hoberman sphere, one of those expandable plastic balls that you can find at many toy stores. The robot’s “airbag” is made out of hoops of plastic that are fastened to its top and can inflate from roughly 20 inches to 33 inches in diameter.

Under normal circumstances, the shield collapses and stays out of the way. But when danger is close, that’s when PufferBot puffs up, extending those hoops over its four, spinning rotors to keep them away from people and obstacles.

“It can act as a temporary cage,” Hedayati said. “It also communicates with users to tell them: ‘Don’t come close to me.’”

The design works like a charm: The robot’s shield is able to sustain a wide range of potential collisions and weighs a little over a pound—light enough that it won’t impede PufferBot’s flying, according to colorado.edu.