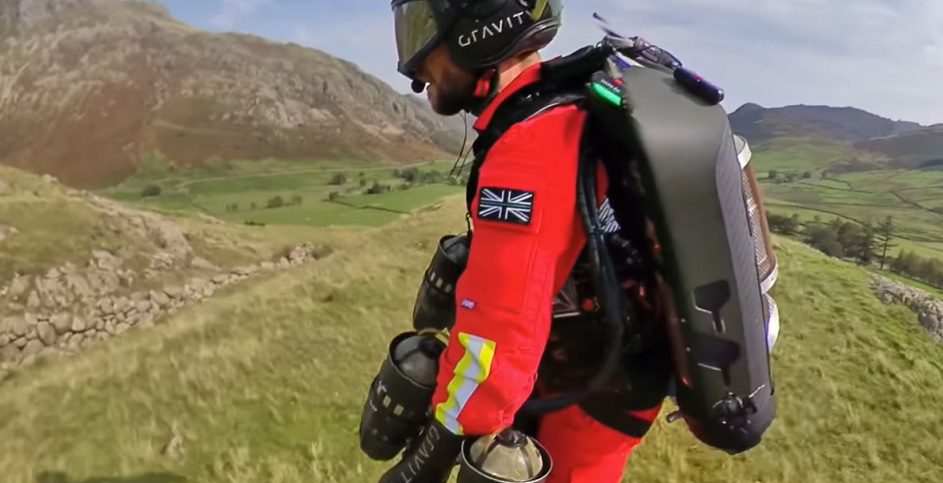 A test flight in the heart of the UK’s Lakes District has pushed the boundaries of emergency response, demonstrating the huge potential of utilizing Jet Suits to deliver critical care services. First responders might soon be able to wear jet suits and fly to help and rescue survivors.

The development is the result of a collaboration between Gravity Industries, which has developed and patented a 1,050 brake horsepower Jet Suit, and the Great North Air Ambulance Service (GNAAS) in the UK.

The Lake District, the UK’s most famous national park, includes areas with wild terrain, a fact that resulted in several incidents requiring the medical expertise of the GNAAS critical care team. The undulating peaks and valleys can often mean the helicopter is unable to safely land close to the casualty, forcing travel by vehicle or foot.

During the test flight, Gravity Industries founder and Chief Test Pilot Richard Browning flew from the valley bottom to a simulated casualty site. The simulated casualty site would take around 25 minutes to reach by foot. The Gravity Jet Suit is able to cover that distance in 90 seconds, opening a range of possibilities in the emergency response arena, according to uasvision.com.

With the test complete, GNAAS and Gravity Industries are now exploring the next steps in this collaboration.

The Payload is the Key – New Drone Equipped with Advanced Radar

Smart Mailbox – the Next Thing in Drone Delivery

US DoD Has Transferred Israel to CENTCOM