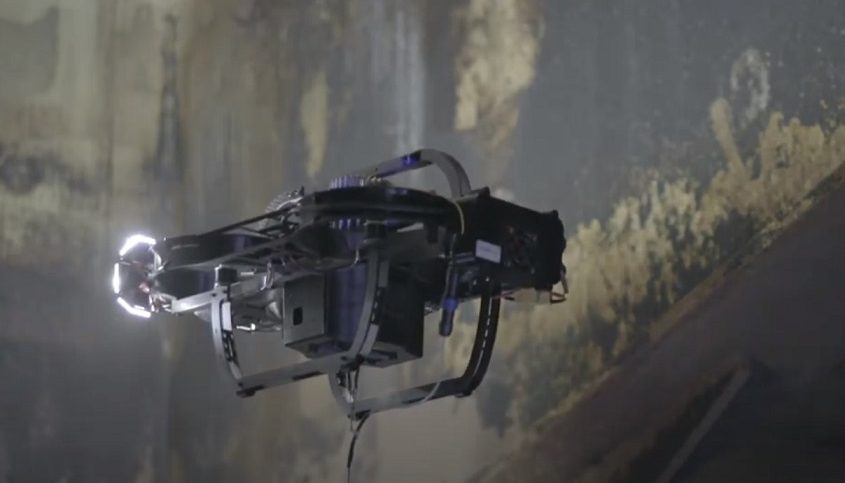 Vessel’s oil tank inspections will become safer and more efficient thanks to drones. New drone technology was recently used to inspect the tanks onboard a floating production, storage, and offloading vessel.

Traditionally, tanks work is considered to be one of the toughest work environments, requiring proper ventilation and equipment before surveyors enter. Often they have to climb or raft into hard to reach corners to complete the inspection, while for the shipowner the costs can run into the hundreds of thousands of dollars as the tank is taken out of service for days to ventilate and construct scaffolding.

Using a drone in combination with an algorithm to gather and analyze video footage can significantly reduce survey times and staging costs, while at the same time improving surveyor safety.

The technology is being jointly developed by Scout Drone Inspection and DNV GL.

During the test, the video feed from the drone was interpreted in real-time by an algorithm to detect cracks in the structure. The test showcases the next step in automation, using AI to analyze live video.

The drone uses LiDAR to navigate inside the tank as GPS-reception is not available in the enclosed space.  A LiDAR creates a 3-D map of the tank and all images and video are accurately geotagged with position data. During the test, the drone was controlled by a pilot using the drone’s flight assistance functions, but as the technology matures it will be able to navigate more and more autonomously.

DNV GL is developing artificial intelligence to interpret the video to spot any cracks and eventually the camera and algorithm will be able to detect anomalies below the surface such as corrosion and structural deformations, according to maritime-executive.com.