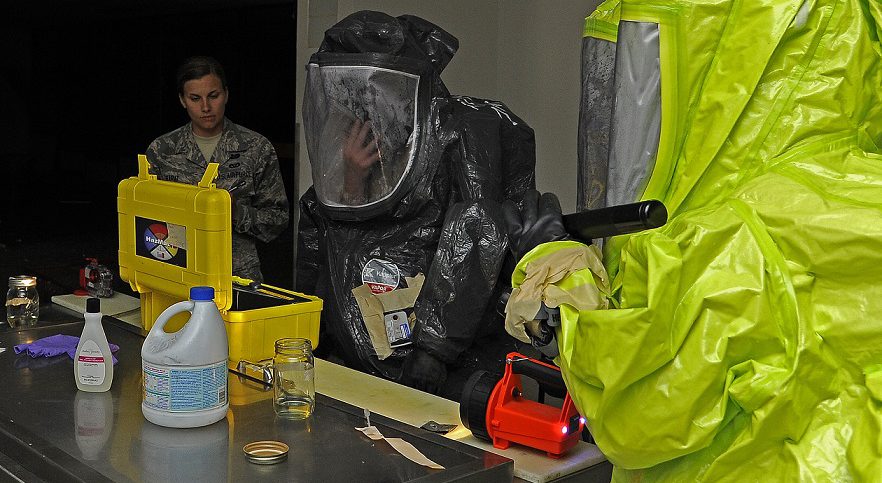 An illicit chemistry database is now available to law enforcement personnel in the US even if they are on a crime scene. The Chemical Agents Reactions Database (CARD) was developed by expert chemists from the Department of Homeland Security (DHS) Science and Technology Directorate (S&T) Chemical Security Analysis Center (CSAC).

CARD, a chemical synthesis and chemical informatics centric data system (e.g. boiling point, melting point, toxicity, or spectroscopic information) containing both unclassified and classified data, is accessible from a classified website maintained on a server hosted by the Department of Defense. The website is available to appropriately cleared personnel from DHS, Department of Justice (e.g. FBI), other United States Government interagency offices, and state and local agencies. It provides information on how chemicals of interest could be produced, according to newswise.com.

It was created to improve the work of DHS agencies — to have an electronically-centered information system for everyone to be able to use the same information simultaneously. Once developed, the system was offered to anyone with security clearance.

Also, CARD can be used the other way around. If police find an illicit drug or a warfare agent, they can search in the website to see what chemicals can be used to make it. For example, if police capture a suspect with a vial of sarin gas (a nerve agent that can kill in minutes after inhalation), they can use CARD to determine which chemicals are used to make it. Police can then search the suspect’s illicit lab for those chemicals and obtain further evidence of wrongdoing.

CARD also shows the molecular structure of chemicals, the ways they are produced and used, and their physical, chemical, and toxicological properties.