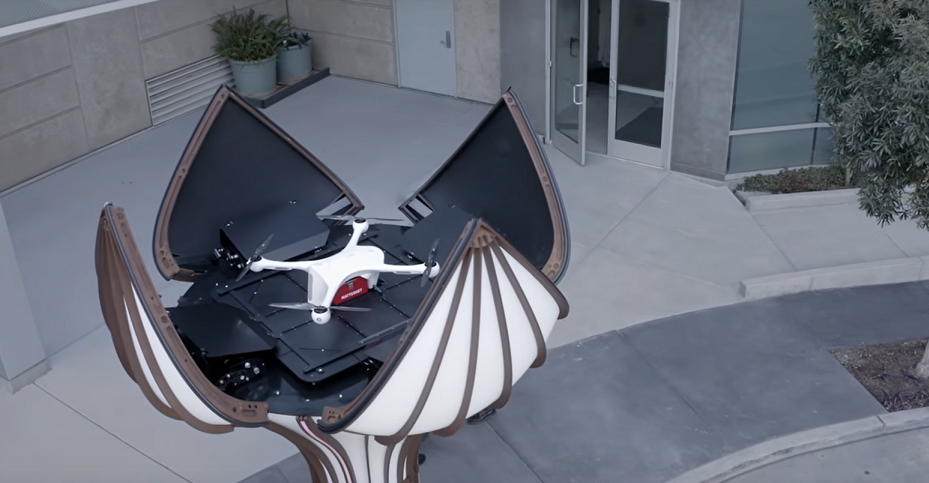 Delivery drones are becoming more prevalent, at least in the healthcare field, where fast, point-to-point, urban medical delivery has become a must. One of the challenges is the landing platform. There are many questions about the process, including where exactly the drones land, and what happens afterwards: does someone have to swap out the battery? Who says when it’s safe to approach the drone, and how to detach the drone’s payload?

A new landing platform aims to accomplish more automation in the process. Matternet has built a safe and secure drone delivery portal for hospital campuses. The station supports the company’s vision of distributed drone logistics networks for urban environments. It’s integrated with Matternet’s autonomous M2 Drone and Cloud Platform, providing an intuitive user interface for sending and receiving medical payloads. Stations will initially service healthcare systems in Switzerland and the US, according to the company’s announcement.

The development will give hospitals and their supply partners the ability to integrate automated drone delivery into their laboratory and pharmacy operations.

Pilot tests were carried out in Switzerland and North Carolina, and just started a new one in San Diego, in which medical facilities are able to send blood samples, medications and (soon, one hopes) vaccines and other supplies back and forth without worrying about traffic or other complications on the ground.

With its techno-organic curves and flower-like hatch on top, the 10-foot-tall station, occupies a small footprint and can be installed at ground or rooftop locations.

When the drone arrives, the top opens and the drone lands right in the center, where it is enclosed and grasped by the station’s machinery, unburdened of its payload, and given a fresh battery. The payload is contained in the tower until it is called for by an authorized person, who scans a dongle to receive their package.

According to techcrunch.com, if there’s just the one drone, it can live in the top part until it’s needed again. If there are multiple deliveries or drones, however, the one inside will leave and enter a holding pattern about 60 feet above.

The station will get its first installation in the second quarter of this year, at one of the company’s existing customer hospitals.

Interested in learning more about unmanned systems? Attend the AUS&R Unmanned Systems and Robotics Conference and Exhibition on September 6, 2020 at the Lago Conference Center, Rishon LeZion.