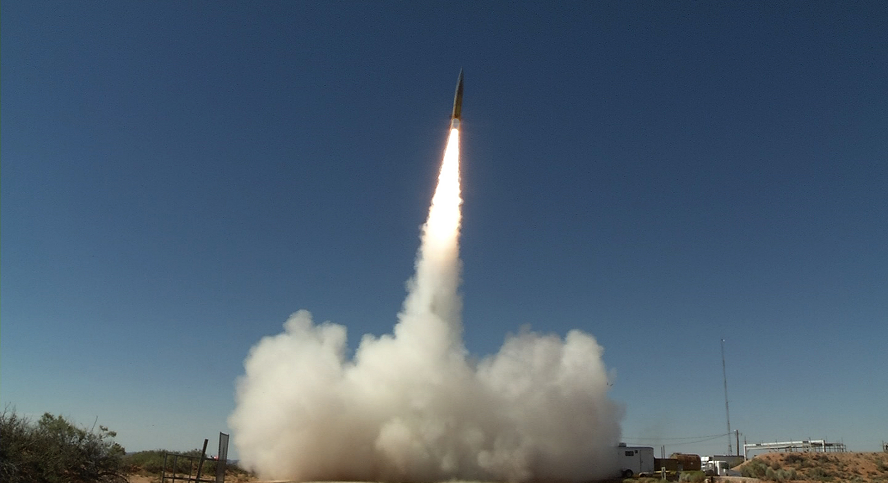 After announcing that all new Russian warships will operate the new Zircon hypersonic missile a few months ago, the Russian Navy has gone ahead and tested its new superfast missile. The missile has been designed to attack land and sea targets at speeds up to nine times the speed of sound. At Mach 9 speeds, enemy defenses will have very little time to react and intercept the hypersonic threat. The Russian Navy believes that the new hypersonic missile will help modernize the Russian Navy’s aging fleet.

Navalnews.com reports that the Russian missile tests took place in the Barents Sea. The hypersonic missile was fired from the Russian frigate Admiral Gorshkov towards a ground target. There have been five previous tests of the Zircon but they were all individual tests of key components. The recent missile test was the first actual test of the hypersonic weapon.

The Zircon has been developed to utilize its high speed in order to penetrate enemy air defense systems. A United States Navy carrier battle group operating the Aegis Combat System will have between 20 seconds and 2 minutes to detect, track, and intercept the hypersonic missile according to Popularmechanics.com.

The Zircon is capable of carrying either a conventional or a nuclear warhead.

The Zircon missile was first announced to the world by Russian president, Vladimir Putin, in February 2019. Prior to its announcement the missile has been under Russian development for several years. Putin has mentioned that the missile was capable of reaching Mach 9 and has a range of 1,000 kilometers. In the recent missile test, the missile flew more than 500 kilometers.

Aside from that, there is not much known regarding the missile. It has been reported that the Zircon shares some parts with the subsonic Kalibr cruise missile in order to cut costs.

The hypersonic missile will also be launched from Russian submarines. Another Zircon test is expected to occur this year, with the Zircon launching from the Russian Navy’s new K-561 Kazan submarine.