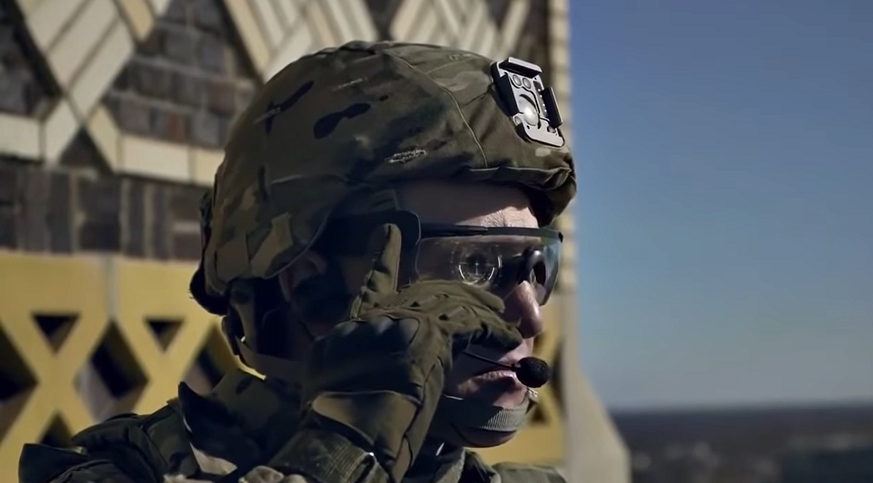 The United States Army has made plans to acquire 40 thousand pairs of mixed reality goggles. The Army plans to utilize the IVAS (Integrated Visual Augmentation System) goggles to grant US soldiers the ability to identify friendly and enemy forces and aim their weapons without directly seeing their target.  The goggles will also help increase soldier’s situational awareness by keeping them informed regarding the surrounding battlefield.

The IVAS goggles have been derived from Microsoft’s Hololens 2 mixed reality system. The Hololens was released in 2016 and is a consumer helmet-mounted display which project information into the field of view of the wearer.

The United States military has invested time and money over the past decade trying to optimize the soldier’s access to information. Some efforts included deploying soldiers with smartphones, tablets, or PDAs, however, it was quickly realized that using such devices during combat would be a distraction for the warfighter, thus increasing risk.

Instead, the military opted to research and test the IVAS goggles. The IVAS goggles grants it user access to battlefield information while at the same time maintaining his attention towards the battlefield. Armytimes.com reports that the United States Army plans on buying 40,000 sets of IVAS goggles to be spread across combat engineering, infantry, and Army special forces.

The final IVAS product is expected to arrive in late 2021. The system will include a colored digital display that grants the system’s user access to information, thermal and low light sensors that make it possible to see in the dark, rapid target acquisition, aided target identification, augmented reality, artificial intelligence, and several other combat enhancing features.

Popularmechanics.com reports that more features may be added onto the system in future updates. Facial recognition, among other features, may also be introduced to the system.

The Army has also made plans to integrate the IVAS goggles with the service’s Next Generation Squad Weapon to make it possible for the user to utilize their goggles as their weapon’s sight. A soldier would be able to hold his weapon around a corner and see what the weapon sees via his IVAS goggles, thus making it possible for him to neutralize a target without physically seeing him.

Farewell to the Sand Table?